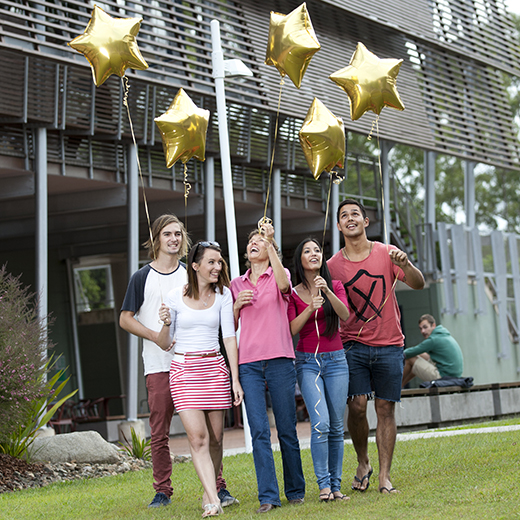 The University of the Sunshine Coast is celebrating 10 years of gaining five stars for teaching quality in the annual independent Good Universities Guide.

This impressive, consistent result highlights the University’s status as a national leader in the educational experience it provides students.

The 2016 Good Universities Guide based its star ratings on data from the Commonwealth Department of Education and Training, Graduate Careers Australia’s annual Australian Graduate Survey and other sources.

USC was ranked in the top 20 percent of Australian universities for three key categories of ‘The Educational Experience’ in the 2016 Good Universities Guide that was released this week.

This annual guide, produced by Hobsons, awarded USC five stars for teaching quality, overall graduate satisfaction, and graduates’ satisfaction with the generic skills they gained while at university.

USC also gained four stars for staff qualifications, while its star rating for ‘getting a full-time job’ jumped from two stars to four this year – a result that has delighted Vice-Chancellor Professor Greg Hill.

“This big jump in employment success is linked to the larger numbers of people completing professional study programs at USC in areas like health, engineering and education,” he said.

“The Good Universities Guide ratings indicate that USC is maturing and, in addition to our continued success with teaching quality, we are quickly moving up the ladder on other things like graduate outcomes.

“These facilities are the best in Australia and, coupled with our traditional emphasis on a student-centred education, it’s clear we can match any other university for providing quality tertiary education.”

USC is introducing a range of new degrees for 2016. See details at www.usc.edu.au/rise-and-shine