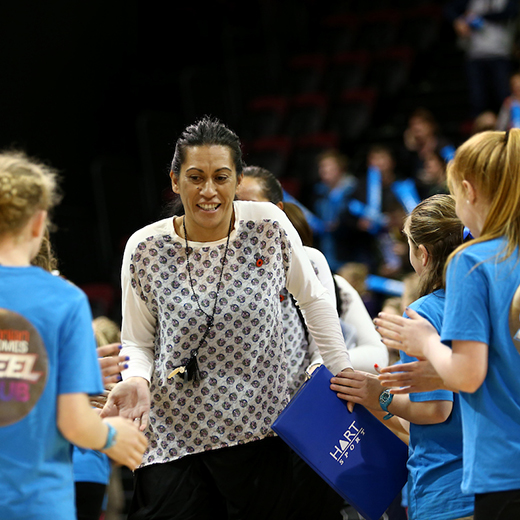 The University of the Sunshine Coast has welcomed the exciting next step in attracting champion players to a new national netball team expected to be based at USC’s Sports Stadium at Sippy Downs in 2017.

USC has partnered with Melbourne Storm Rugby League to bid for one of three new team licences for next year’s new Australian netball league. The partnership, with sponsorship from Sunshine Coast Council, has been named by Netball Australia as a preferred bidder.

Professor Hill said the University was looking forward to being the home of the Sunshine Coast’s first professional sporting team.

“Bringing a national league team to the Sunshine Coast in one of our region’s highest-participation sports fits perfectly with the University’s high performance sports strategy,” Professor Hill said.

“We look forward to Noeline Taurua joining our teaching and research colleagues.”

Melbourne Storm CEO Dave Donaghy said it was a big coup to appoint Ms Taurua, who would bring 16 years of high performance experience to the new Coast franchise.

“The team will now commence player recruitment as part of the free agency period as we look to assemble an exciting and talented squad for the upcoming season,” he said.