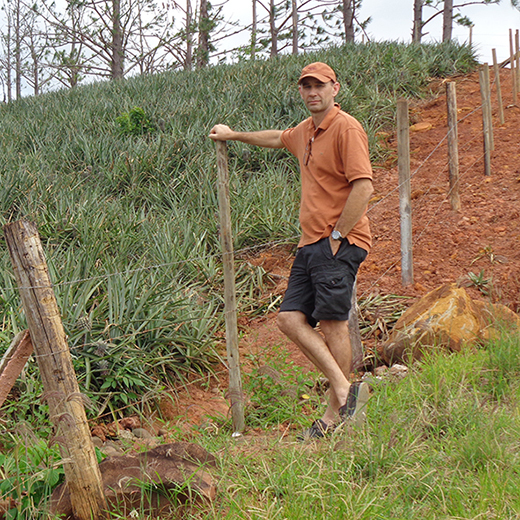 A University of the Sunshine Coast researcher hopes to improve the health of Pacific Islanders with the launch of a major research project into tropical fruit production.

Professor of Horticulture Steven Underhill has received a $2.3 million grant from the Australian Centre for International Agricultural Development to run a four-year study in conjunction with local researchers in Samoa, Fiji and Tonga.

Professor Underhill said the project aimed to use strategies, from better crop selection to improved market transport, to boost production and reduce losses of papaya, pineapple, mango, citrus and breadfruit.

He said while many people imagined the Pacific Islands to be abundant with tropical fruit, the reality was quite different.

“Fruit production currently makes up a very small proportion of commercial horticulture productivity in many Pacific countries,” he said.

“Locals tend to focus on growing root and cash vegetable crops and don’t tend to spend much effort growing and nurturing tree fruit.

“Fruit trees can often be more labour intensive, more susceptible to natural disasters, and some species are very susceptible to disease. Between those three problems, it’s been challenging for growers.”

The project is based on a research partnership with the University of Queensland, Fiji National University, SPC-Pacific Community and the Agriculture Ministries of Tonga, Fiji and Samoa.

Professor Underhill said with the Pacific region accounting for seven of the world’s top 10 highest obesity rates by country, locals were in desperate need of better access to fresh produce.

“People are told to eat more fruit and vegetables, but that assumes that people have access to that kind of produce,” he said. “In places like Tonga, there is very little domestically-grown fruit for months.

“The move away from the traditional agriculture-based lifestyle in the Pacific has resulted in people relying more on cheap imported products with high sugar and high fat, which has seen some poor consequences for health.

“We’re working on crops that have a better year-round supply and fill that out of season supply void, like citrus and pineapple.”