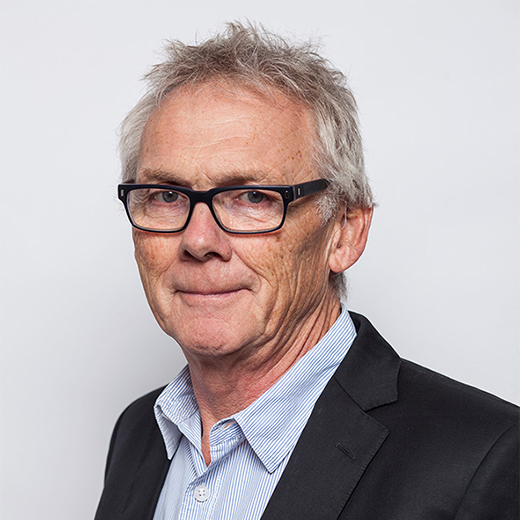 A former head of ABC Television and the Australian Film Commission has been appointed an Adjunct Professor at the University of the Sunshine Coast.

Sydney-based Kim Dalton, who was ABC Director of Television for seven years until 2013, said he was pleased to accept the USC role, which was his first adjunct appointment.

USC researcher Dr Anna Potter said it was exciting for USC’s School of Communication and Creative Industries to be collaborating with such a high-profile expert in broadcasting and media policy.

“Kim Dalton has a lot of knowledge to share as USC Adjunct Professor of Film and Television and his skills and experience will boost USC’s connections between research and industry,” she said.

“Kim is one of Australia’s leading broadcast and public policy professionals, who as CEO of the Australian Film Commission led the policy debate about Australian content on television.

“As Director of ABC TV, he was responsible for a significant diversion of internal resources to support Australian programs and the largest ever increase in government funding to the ABC for Australian content. He steered ABC TV into the digital era.

“He is well remembered for his success in launching the ABC3 (now ABC ME) channel for school-aged children in Australia.

”Mr Dalton supported the establishment of ABC News 24 and the popular Q&A program, and commissioned successful Australian dramas such as The Slap, Rake and Redfern Now.

His reflections on policy issues related to the ABC, Australian content and the independent production sector will be outlined in an essay, Missing In Action: The ABC and Australian Screen Culture, to be published by Currency House in May.

He will speak at a national symposium on children’s media hosted by USC in November.

Mr Dalton said he was honoured to receive the USC adjunct appointment.

“Universities can play a role in the health and wellbeing of Australia’s film and television industry, and ultimately the programs we make, by contributing to scholarship and policy debates,” he said.

“I look forward to bringing my industry background and experience to USC’s School of Communication and Creative Industries, and engaging with staff and students.”