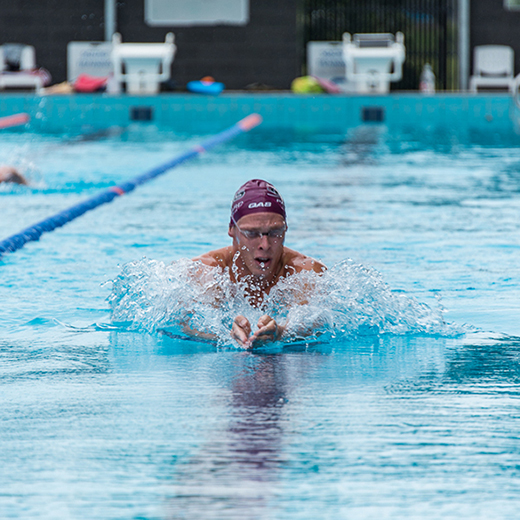 World champion athletes and leading sports administrators, coaches and scientists will join forces on Friday 3 March for a conference aimed at boosting high-performance sport opportunities on the Sunshine Coast.

The SportsCoast Conference has been organised by USC and the Sunshine Coast Council and will feature discussions and insights into the region’s emergence as a hub for high-level sports competition and training.

USC’s Director of High Performance Sport Professor Brendan Burkett, who will be among several USC academics speaking at the event, said turning the Coast into a top destination for elite athletes and competitions was all about collaboration.

“This conference is the perfect way for anyone with an interest in this area to help discuss the economic and social benefits that high-performance sport can bring,” he said.

“We’ve already seen a large number of successful athletes coming out of our region, including the 12 USC athletes who competed at the Rio Olympic and Paralympic Games in 2016, and the arrival of Sunshine Coast Lightning has given the Coast its first national sporting team.”

Sunshine Coast Mayor Mark Jamieson said Tourism, Sport and Leisure was one of the Region’s seven high value industries and a key employer and generator of economic activity on the Sunshine Coast.

“In 2016 our region played host to an unprecedented 60 major sporting and lifestyle events that brought more than 150,000 participants and supporters here from more than 40 countries.

“So it’s terrific to be hosting the SportsCoast Conference and to further showcase the Sunshine Coast as the major sport events capital of regional Australia.”

The Mayor and USC Vice-Chancellor Professor Greg Hill will officially open the conference ahead of the first panel discussion on elite athlete support and services.

The afternoon session will focus on the business side of sport, with a panel on major event logistics, business opportunities and creating partnerships.

The conference will begin with registration at 8.15am and conclude with networking drinks at 4.15pm. For more information visit www.usc.edu.au/sportscoast