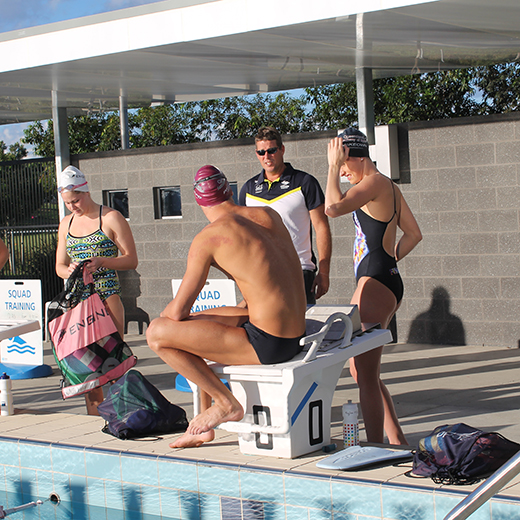 Three USC Spartans swimmers are completing their last home training sessions before they fly to Europe to prepare for the FINA World Swimming Championships in Hungary.

Rio Olympic medallists Leah Neale and Taylor McKeown will next week begin a six-week blitz of training and competitions in France, Spain and the Netherlands before the championships begin in Budapest on 14 July.

Fifteen-year-old Kaylee McKeown, Taylor’s sister, will remain training and attending high school on the Sunshine Coast before travelling to Europe on 24 June.

The trio qualified for the world titles following a successful National Championships meet in April. Leah will compete in the 4x200m relay, Kaylee in the 200m backstroke and Taylor in the 100m and 200m breaststroke events.

USC Spartans coach Chris Mooney said the swimmers were looking in strong form as they completed their final sessions in the USC Pool.

“Having the stretch of training and competitions in Europe ahead of the championships are part of our process, to make sure the swimmers are at their physical and mental peak in Budapest,” he said.

“We learnt a lot from the Rio Olympics. There’s a physiological requirement to competing at the highest level but also really strong emotional demands, so mental preparation is just as important.

“In some recent tests, they’ve been performing as well, if not better than they were heading into Rio.”

The 17th FINA World Championships will be held in Budapest from 14-30 July.