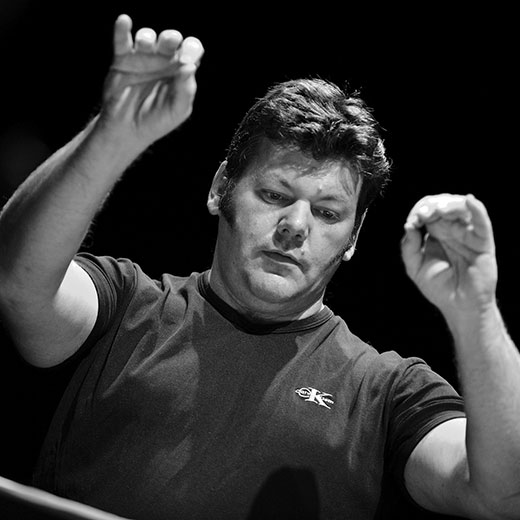 One of Australia’s most loved composers is tuning up for a free lunchtime concert in USC’s Art Gallery with a talented guitarist who has shared the stage with some music legends.

USC Artistic Director of Music Sean O’Boyle AM will perform soul-swinging tunes on the clarinet, melodica, and cigar-box guitar alongside electric guitarist Simon Gardner during the jazz-packed session on Thursday 26 April.

Catch the pair’s concert from midday to 1pm and explore music influences from New York to New Orleans to Noosa and everything in between.

Mr O’Boyle has collaborated with celebrated artists that include James Morrison, The Whitlams, Tommy Emmanuel and Kate Ceberano.

His Concerto for Didgeridoo has also appeared in the ABC’s Classic 100 Concertos of all time, alongside works by Beethoven, Bach and Chopin.

An exhibition by women artists who have all explored the transformative potential of ritual will open at the USC Art Gallery on Friday 14 September.