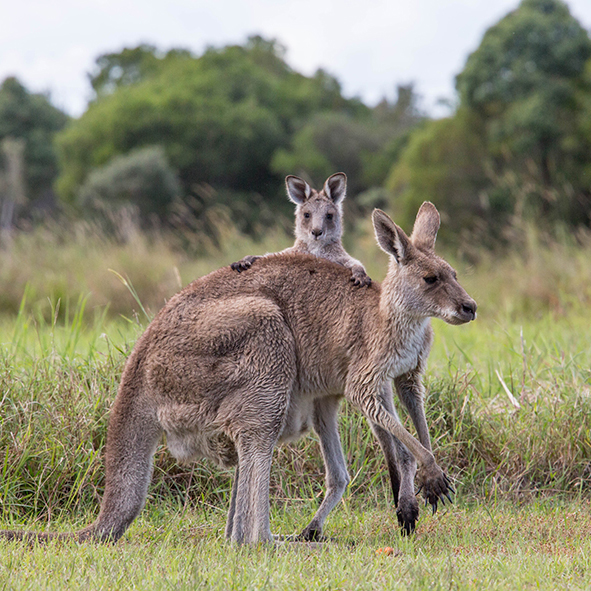 USC and Sunshine Coast Council have launched a “Look after our mob” campaign at Sippy Downs in a bid to conserve the local kangaroo populations.

The campaign calls on the community to play its part in protecting kangaroos by driving slowly and carefully on and around the USC campus and nearby schools, particularly along Sippy Downs Drive and at dawn and dusk.

“As part of an ongoing research project, we have been monitoring the kangaroo populations here with the help of volunteers from USC and the wider community,” USC kangaroo researcher Beth Brunton said.

“The kangaroo population in the area has reduced from around 90 kangaroos in 2010 to no more than 15 kangaroos today, and the mob is now at risk of disappearing altogether.

“Our research has shown that this decline has been due mostly to kangaroos being hit by cars.”

Ms Brunton said several strategies had been put in place at USC to reduce collisions with kangaroos, including the installation of road signage and speed bumps, and an awareness-raising campaign for staff and students.

She said Sunshine Coast Council’s recent work to cut back vegetation along Sippy Downs Drive would help improve visibility for motorists and safety for kangaroos.