Return to uni pays off for business student

Return to uni pays off for business student 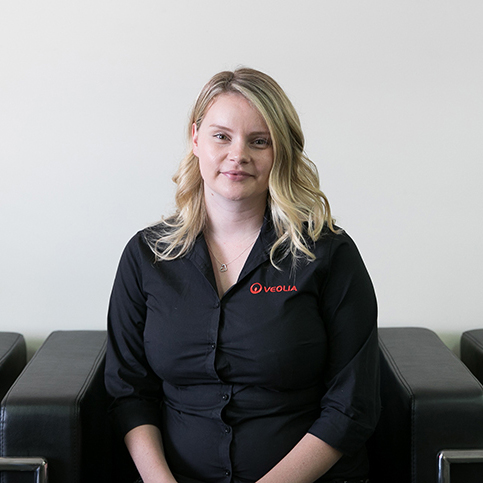 It took a second shot at university for Tabetha Boreham to really discover where she wants to work – in the face-to-face world of global business.

The 27-year-old from Sippy Downs is not only loving studying a Bachelor of Business (Management) at the University of the Sunshine Coast, she’s also working in business administration at international environmental solutions provider Veolia.

“I love that I am able to sustain a career and study something that I enjoy, and that both USC and Veolia are so supportive of me as a student and an employee,” Tabetha said.

Veolia partnered with USC to install a “water battery” powered by 6,000 solar panels that will slash the university’s electricity usage by 36 percent. The partnership means Tabetha is often at university to study and to work.

Tabetha first joined USC as an undergraduate student in 2011, but, unsure about what path she wanted to take, she deferred to work full-time.

“After working for a while, I came back in 2017 with a fresh perspective and work experience that gave me an idea of which direction I wanted to take,” she said.

“I want to be able to achieve something where my little brothers can look up to me and say ‘my big sister did this, why can’t I?’”

Tabetha is based at Veolia’s Kunda Park office working with the Sunshine Coast team, as well as managers and technicians from Cairns, Toowoomba and Townsville, often integrating university course content into her everyday work environment.

“I’ve already been able to implement some of the latest business developments into my job,” she said.

Working 40 hours a week and studying part-time keeps her busy, but she says the University’s Buranga Centre for Indigenous Services has been a crucial resource to her success.

“I practically live at the Buranga Centre. It’s great that the uni offers plenty of support,” she said.

As Tabetha’s family is from the Daingatti nation in New South Wales, she says she’s also impressed by Veolia and USC’s commitment to Indigenous support through reconciliation action plans.

“It really prioritises their relationship with Indigenous communities and shows they are really putting some thought into how they do this.”