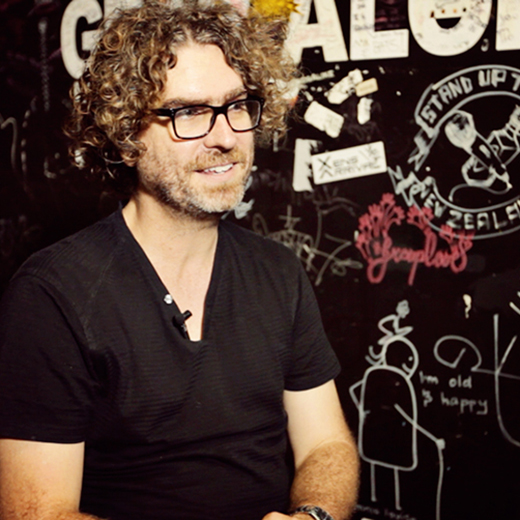 While you may not have heard of Dr Lachlan Goold – known in the music industry as Magoo – you’ve most likely heard the music he’s produced or engineered.

After nearly three decades in the industry, Dr Goold moved into academia eight years ago and has recently completed his Doctoral research into the changing character of the recording studio.

“While some may argue you don’t need a degree to enter the music industry, the university environment ultimately ensures that you can fast-forward your career,” Dr Goold said.

“You can think critically about yourself and reflect and learn on how to improve your craft, learn the fundamentals of music and then have the support to implement that in the industry,” he said.

“Taking on the role with USC as a lecturer in contemporary music just months out from the opening of USC’s new performance and production facility is also incredibly exciting. I’m keen to be part of building the music community on the Sunshine Coast.”

Fellow lecturer, researcher, songwriter, producer and artist Dr Andy Ward, who started in a full-time role with the School of Creative Industries last month, said Dr Goold’s appointment had created a buzz among students and staff.

“It’s a great opportunity to teach alongside someone so experienced, who is so well connected and can collaborate with students to ensure they’re being equipped with the skills that today’s music industry expects,” Dr Ward said.

“Combining that industry insight with the teachings of the pillars of music – song writing, production and performance – is a learning opportunity second to none,” he said.

“Talent gets you in the door and skills get you up the stairs but it’s the collaboration and support of the network around you that really ensures success in the music industry,” Professor Graham said.

“USC has an important role to play in breaking down the regional barriers on the Coast and bringing the region together as a single cultural force. I think the new state-of-the-art building and the types of people we’re attracting to USC is going to make that happen.

“There are more careers in music now than there ever has been and we’ve got 300,000 people living in our region, so that means we’ve got at least 300 great musicians in our midst.

“With music staff who have such extensive industry connections, including our connection with local organisation CrewCare, USC is well-equipped to make global music careers a reality.”