Xena aims to use Health Promotion skills in PNG

Xena aims to use Health Promotion skills in PNG 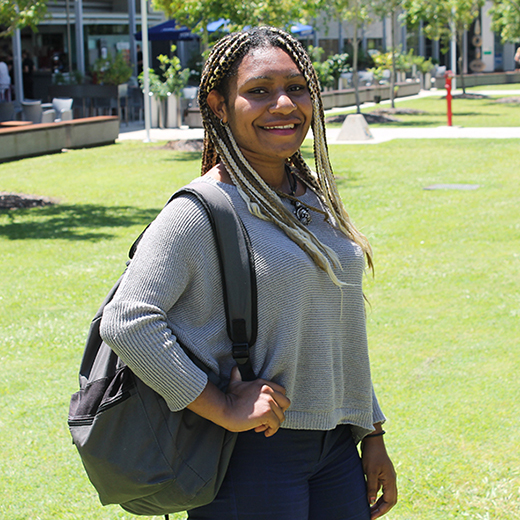 A University of the Sunshine Coast student is planning to use the skills she’s gained from her Health Promotion degree to help some of Papua New Guinea’s most vulnerable children.

Sippy Downs resident Xena Ene, 19, wants to develop a residential and drop-in centre outside of Port Moresby for children who are affected by homelessness, drug use or limited education.

Xena, who lived in Papua New Guinea until she was 12, said she believed the social issues faced by her country’s youth population were becoming more serious.

“In urban environments like Port Moresby, there are children who are homeless, pregnant or smoking marijuana,” she said.

“When I was growing up there, those health and social issues either didn’t exist or didn’t seem as prevalent as they are now.

“Once I started studying Health Promotion at USC, it made me realise that this was an area I could make a difference in.”

Xena, who has just completed her first year of a Bachelor of Health Science (Applied Health Promotion), said she wanted to use her skills and knowledge from the degree to provide young people in her home country with health education.

“The strategies I’ve already learnt in the degree will go a long way to making a real difference to these young people,” she said.

“We’ll be attracting the kids with activities like touch football, rugby and volleyball, but also providing them with education on drug usage and other health matters.”

Xena plans to travel to Papua New Guinea in December to begin building the centre with her parents.