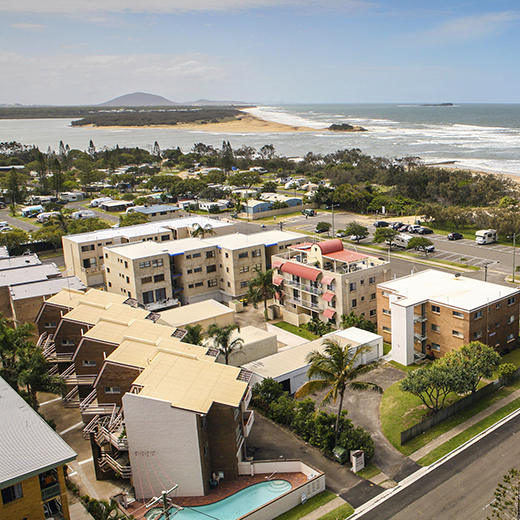 Steady growth in the Sunshine Coast’s infrastructure, population and tourism activity are contributing to a strengthening regional economy, according to an annual report released by the University of the Sunshine Coast today.

USC Pro-Vice Chancellor (Engagement) Professor Mike Hefferan said the commentary was based on the latest population, business and property statistics for the region, including data from the Australian Bureau of Statistics and the Queensland Government Statistician’s Office.

Professor Hefferan said key indicators for the region were positive in almost all major economic sectors, suggesting an upswing in economic conditions into the medium term.

“Tourist numbers are improving significantly and the key sectors of health and education are expanding, based on the large infrastructure spending that has been occurring over the past few years on projects that are now close to their operational phases,” he said.

“In recent comparisons with other regions, the Sunshine Coast was economically ranked the second best performing non-capital city region in Queensland, and the fifth best non-capital region in the country.

“No-one is suggesting that business is easy or that we have a boom coming up. But, after years of a fairly subdued economic environment following the Global Financial Crisis of 2007-2008, we are now seeing economic activity and investment across a range of key sectors that would indicate better times ahead.”

The 2015 Sunshine Coast Economic Commentary can be found at: bit.ly/1NnqkOB.

The report’s observations will help form the agenda of the 2015 Sunshine Coast Futures Conference at USC on November 27.

About 200 delegates from industry, government and the community are expected to attend this conference, with a theme of ‘Getting to Our Future’, at USC’s Innovation Centre auditorium from 8am to 4pm.

More information about the conference can be found at www.sunshinecoastfutures.com.

For Jayd Hobdell of Narangba, graduating from USC with a combined degree in Business and Arts has tied together her love of fashion design with a passion for business.

USC graduate Raphael McGowan will join some of the world’s top young entrepreneurs in a prestigious boot camp before the launch of his first sun care product.

The overall experience of students in USC’s Psychology program has been ranked the best of all public universities in Australia.