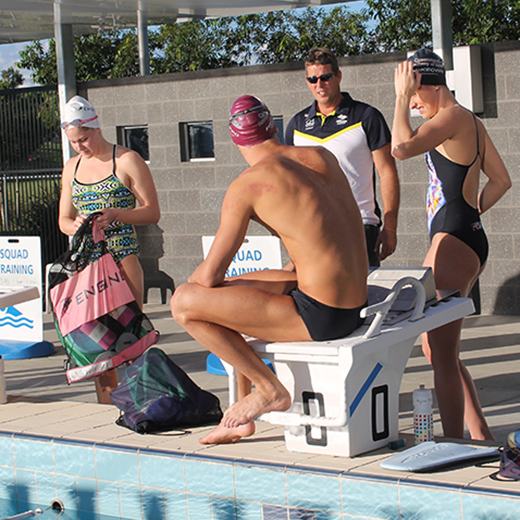 Fresh from guiding Australia’s elite swimmers to success at the recent FINA World Championships in Russia, local coach Chris Mooney is set to inspire athletes from a wide range of disciplines at the University of the Sunshine Coast’s annual Sports Awards Ceremony tomorrow (Friday 6 November).

Mooney, who leads USC’s High-Performance Swimming Program, will be guest speaker at the event that recognises the achievements of USC students at state, national and international sporting arenas over the past year.

The USC ceremony will see high-flying athletes from individual and team sports vying for honours, with the prized title of USC Sportsperson of the Year up for grabs.

Media are welcome to attend the event at the USC Sports Stadium at 10am.

Sport and Operations Coordinator Gary Moore said 2015 had been another strong year for sport at USC, with the University fielding its biggest team ever for the Australian University Games last month.

“We’ll be recognising some outstanding performances with the traditional ‘Half Blue’ and ‘Full Blue’ awards for excellence, as well as the Sportsperson and Team of the Year,” he said. “The ceremony is about honouring their commitment and drive to succeeding in their sport.”

USC also presents a ‘USC Green’ award, which recognises a student volunteer who has helped boost sport at the University.