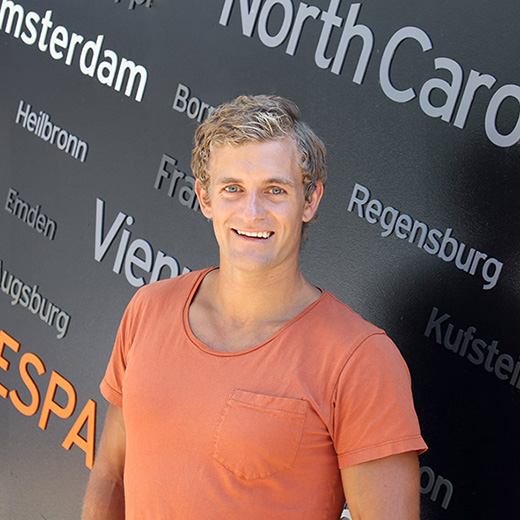 Six years after having the “best year of his life” at the University of the Sunshine Coast, Norwegian management specialist Olav Apeland has returned to study a second Masters degree.

Olav, 31, came to USC in 2009 to study a Master of Management and fell in love with the lifestyle and friendliness he found on the Sunshine Coast.

After graduating, he returned to Norway and pursued a successful career with an engineering company. But this year he wanted to expand his career options with a Master of Business Administration (MBA).

Olav said after deciding to take a career break to study, the choice of which university to attend was an easy one.

“I really loved my whole year at USC last time – the friends I made, the experience of studying and the incredible weather,” he said.

“I always thought that it was the best year of my life. I decided that if I was going to think that way forever, maybe I should just go back to the Sunshine Coast.

“People in Australia are so friendly, you pass them on the street and they say ‘hey, how’s it going?’ and conversations start easily. You don’t do that in Norway, probably because it’s always raining.”

Olav, who plays tennis and beach volleyball in his spare time, has taken to his second USC experience with enthusiasm since arriving in July.

He said the university had grown as much as his own professional experience in the six years since 2009.

“The Olympic swimming pool complex is new, and there’s a bar that runs on campus, which is great.”

Olav plans to eventually work as a project manager for a large international company.