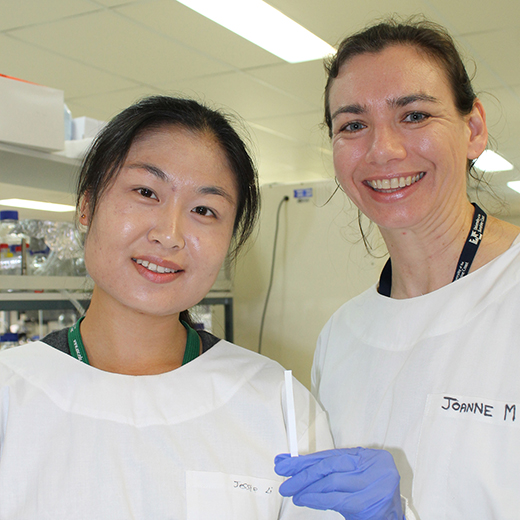 The University of the Sunshine Coast announced today that it is a Grand Challenges Explorations winner, an initiative funded by the Bill and Melinda Gates Foundation.

Grand Challenges Explorations (GCE) funds individuals worldwide to explore ideas that can break the mould in how we solve persistent global health and development challenges.

Dr Macdonald’s collaborative project is one of more than 50 Global Challenges Explorations Round 15 grants announced today by the Bill and Melinda Gates Foundation.

To receive funding, Dr Macdonald and other Grand Challenges Explorations winners demonstrated in a two-page online application a bold idea in one of five critical global health and development topic areas. The foundation will be accepting applications for the next GCE round in March 2016.

The USC-led project will use its US$100,000 (A$138,000) grant over 18 months to develop a world-first rapid test kit for detecting multiple pathogens, such as deadly malaria and dengue, in infected mosquitoes.

“Research will be done in labs at Sippy Downs and in Brisbane, followed by field tests on wild mosquitoes in Cairns,” she said.

In addition, USC’s Associate Professor of Interactive Digital Media, Christian Jones, will help develop a smart phone app for use in field trials.

“We will take photos of the dipsticks in Cairns using the smart phone app, which will then instantly analyse the photos for immediate and accurate diagnosis,” Dr Jones said.

Grand Challenges Explorations is a US$100 million initiative funded by the Bill and Melinda Gates Foundation. Launched in 2008, over 1160 projects in more than 60 countries have received Grand Challenges Explorations grants. The grant program is open to anyone from any discipline and from any organization. The initiative uses an agile, accelerated grant-making process with short two-page online applications and no preliminary data required. Initial grants of US$100,000 are awarded two times a year. Successful projects have the opportunity to receive a follow-on grant of up to US$1 million.