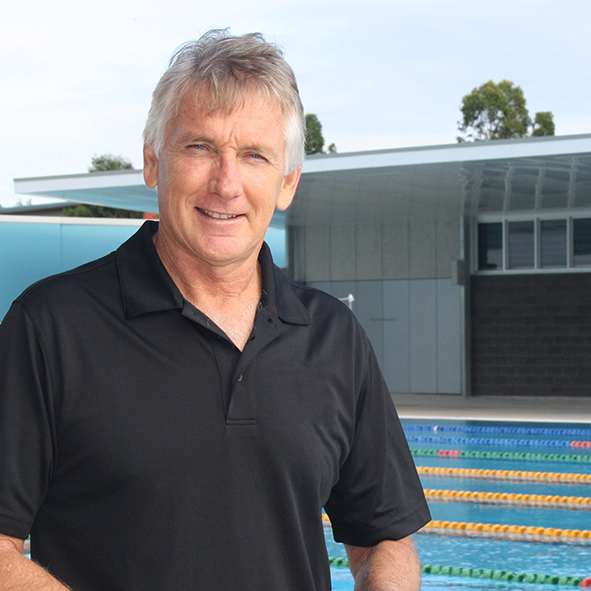 A USC academic who led the Australian team into the stadium as an athlete at the Sydney 2000 Paralympic Games has put his hand up again to lead the way towards success at the Tokyo Games in 2020.

USC’s Director of High Performance Sport Professor Brendan Burkett will use his vast experience as both a world champion swimmer and a national sport scientist when he becomes the Head Coach of the Australian Paralympic swim team on 1 October.

Professor Burkett won medals at four Paralympic Games from 1988 to 2000, was the Australian flag bearer at Sydney, and has worked with the Paralympic swim team at every Games since as a sport scientist specialising in biomechanics.

“I’ve had a role in past games, traditionally working with the athletes pre-race and post-race, using my experience as an athlete and leading them through the competition,” Professor Burkett said.

“We have a great team of athletes and coaches around the country that we’ll be bringing together,” he said. “I look forward to all the challenges and successes associated with the role.

“We’re working towards the World Championships in Malaysia next year, the Tokyo Games in 2020 and then Paris in 2024.”

Professor Burkett said his new coaching role with Swimming Australia would prove valuable to his research and teaching, giving him the opportunity to share current and relevant sporting examples with USC students.

“It’s also a big honour to become Head Coach,” he said. “There’s been some great leaders in the role. Most recently it was Jan Cameron, so I feel I’m carrying on her legacy.”

Mrs Cameron, who was the Paralympic coach for the USC Spartans swimming club from 2013-2017 and the Australian Head Coach for the Rio 2016 Paralympics, passed away in April.