USC researchers are taking a ‘glass half full’ approach to developing Australia’s first commercial seaweed industry, partnering with businesses such as Newstead Brewing Co. to develop a range of interesting products along the way.

Take for example the Moreton Bae Resalinated Gose, released in March this year by the Brisbane-based brewery that also opens its doors to USC science students to learn about the biotechnology behind brewing beer.

This salty drop was specially made using ‘sea lettuce’, supplied to the brewery by USC researchers – a move USC Associate Professor of Aquaculture Dr Nick Paul hopes will drive more interest in seaweed as a nutritious, tasty and locally-grown resource that can help address concerns around future food security.

“Seaweed is a rapidly-growing resource, so we grew enough for this project in just one week,” Dr Paul said.

“The seaweed is fresh from USC’s research facility at Bribie Island, where pristine seawater supports the growth of premium-quality seaweed for food and beverage applications.”

Dr Paul believes Australian consumers are becoming more interested in seaweed as food, with culinary applications expanding beyond foods such as sushi.

“At the moment in Australia, it’s not really embedded in our culture but we’re hoping to change that,” he said.

“We actually have thousands of species of seaweed off the coast of Australia and none of them are being used commercially, so there is this huge bounty of opportunity.

“Different seaweeds have different properties and it’s all about finding the right seaweed for the right application and working with the right partners to do that.”

Seaweed is full of nutritious elements such as potassium, magnesium, zinc and iron as it filters the natural minerals from the ocean water.

The seaweed lettuce used in the gose-style beer was called ulva, which contains more iron than spinach.

To make the beer, Newstead brewers steeped 25 kilograms of the ulva seaweed in cold water to extract the salt characteristics, adding the brine flavours to the gose-style beer, which has origins dating back centuries to Goslar, Germany.

Brewer Dr Evan Goulden said it was a lightly sour, wheat-driven beer, incorporating spices such as coriander, but defined by a salt character, the result of mineral-rich town water supplies.

“For this beer, we used desalinated water from Seqwater – which is completely salt-free – and instead we used seaweed to ‘resalinate’ and reimagine the gose style with a natural briny character.

“We also left out the coriander because we wanted some of those marine volatiles and the spiciness from the seaweed to shine.”

“To create that awareness, not only about seaweed but about responsible and sustainable farming of seaweed is a fantastic initiative,” he said. 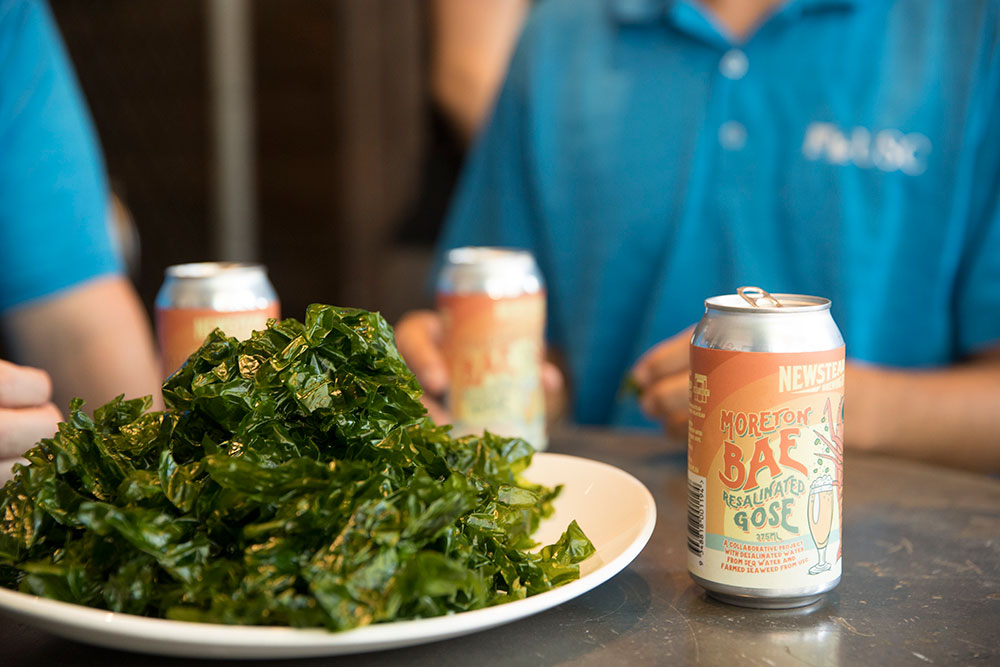 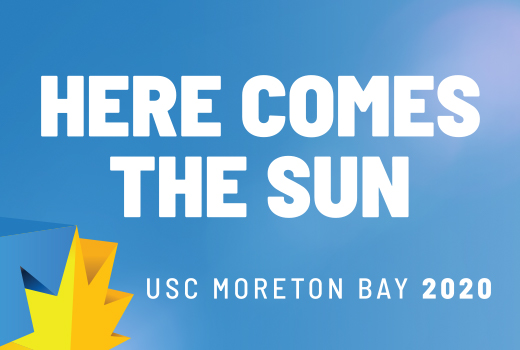 Study at USC Moreton Bay
Back to top