Where it all began for Stephanie Welsh: 'I was beaten in U10s and then found my fire' | UniSC | University of the Sunshine Coast, Queensland, Australia

For more than half her life, Stephanie Welsh has been on the run.

The 19-year-old has a need for speed, whether it be on the track or on the sand.

Welsh, who made the under-20 final at the Australian Track and Field Championships at Sydney, remembers where it all began.

“I was doing the school athletics carnivals … and my friend, who actually beat me at my school carnival, she was like ‘oh I want to do Little Athletics. Do you want to come with me so I don’t have to do it by myself?’

“It sort of just progressed from there. I kept going because I just found this fire in me that I wanted to do … really well and win.”

In 2018, Welsh ran a Youth Olympics qualifying time of 11.85 seconds for 100m, which saw her go to an international meet in steamy, tropical Vanuatu.

The winner would qualify for the Youth Olympics and Welsh’s hopes were high: she felt ready for the next big step.

But destiny can turn in a moment. Welsh came second by 0.01 of a second.

She is philosophical about it now.

“It was pretty disappointing, but it was a good experience to compete for Australia,” Welsh said.

“Now I just want to get onto another Australian team.”

Injuries have also changed the course of Welsh’s path.

After competing in Vanuatu, Welsh injured her foot.

Recovery was slow and she did not return to training until the end of 2019.

She had just started to compete again when the world was halted by the pandemic, but she tasted success in that small window and it was enough to feel that winning buzz.

“State (titles) were just before COVID-19 and I did that and I won,” she said.

“I didn’t expect to win at all because I was just coming back, had no confidence in myself whatsoever."

“Then they cancelled nationals and everyone else was so gutted but honestly I didn’t even want to go."

“I just had no confidence mentally and just wasn’t prepared like everyone else.”

Welsh has just competed in Athletics Australia’s 2021 Australian Track and Field Championships in Sydney. She reached the final of the under-20 100m and clocked 12.12sec to finish eighth.

“It’s a big week because I’m not used to doing that, like a consecutive thing,” Welsh said. “It’s just very draining because you just have to get into the mindset every time."

“In a race that short, it’s won or lost in your head pretty much.”

Welsh is also an accomplished beach sprinter, having recently won the under-19 beach sprint and coming second in the open category at the Queensland Surf Lifesaving State Championships at Burleigh.

“It was a good thing to branch out and do something different for a change,” Welsh said.

Welsh is currently studying a double degree in law and criminology at the USC and is also part of the high-performance student athlete program at the university.

Having to balance training on top of working and university work has been challenging, but Welsh said she had help with balancing her commitments.

“I’ve got a big support group. My parents have never missed a race; my dad comes to training with me.

“I’ve been really blessed to have parents that love it as much as I do and get disappointed when I do.” 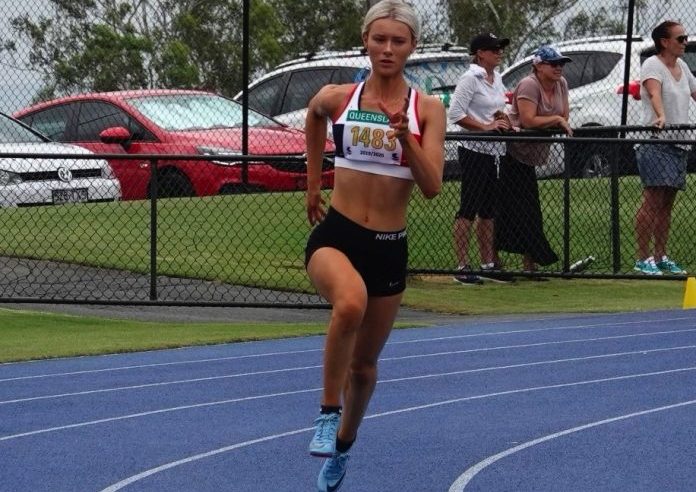