They play home games and train alongside local school, grassroots athletes and community groups who also use the facilities.

The facility caters to a range of sports at all levels of competition, including basketball, futsal, netball, badminton and volleyball.

Due to high demand, the stadium was re-developed in 2019 to provide refurbished athlete and public facilities and additional seating.

The UniSC Stadium redevelopment project received A$9m in funding from the Queensland Government Department of Housing and Public Works (Sport and Recreation Services). The redevelopment contributed significantly in positioning the Sunshine Coast as a preferred training and competition destination for local, national and international athletes and teams, and positively impacted the development of the high performance sports industry on the Sunshine Coast. The views of the project do not necessarily reflect the views of the Queensland Government.

* Must have confirmed booking

A venue to motivate and inspire

UniSC has modern, fully-equipped and flexible event spaces to accommodate anything from a small meeting to a larger corporate function, exhibition or high-level sporting and media event.

Interior of the sports stadium 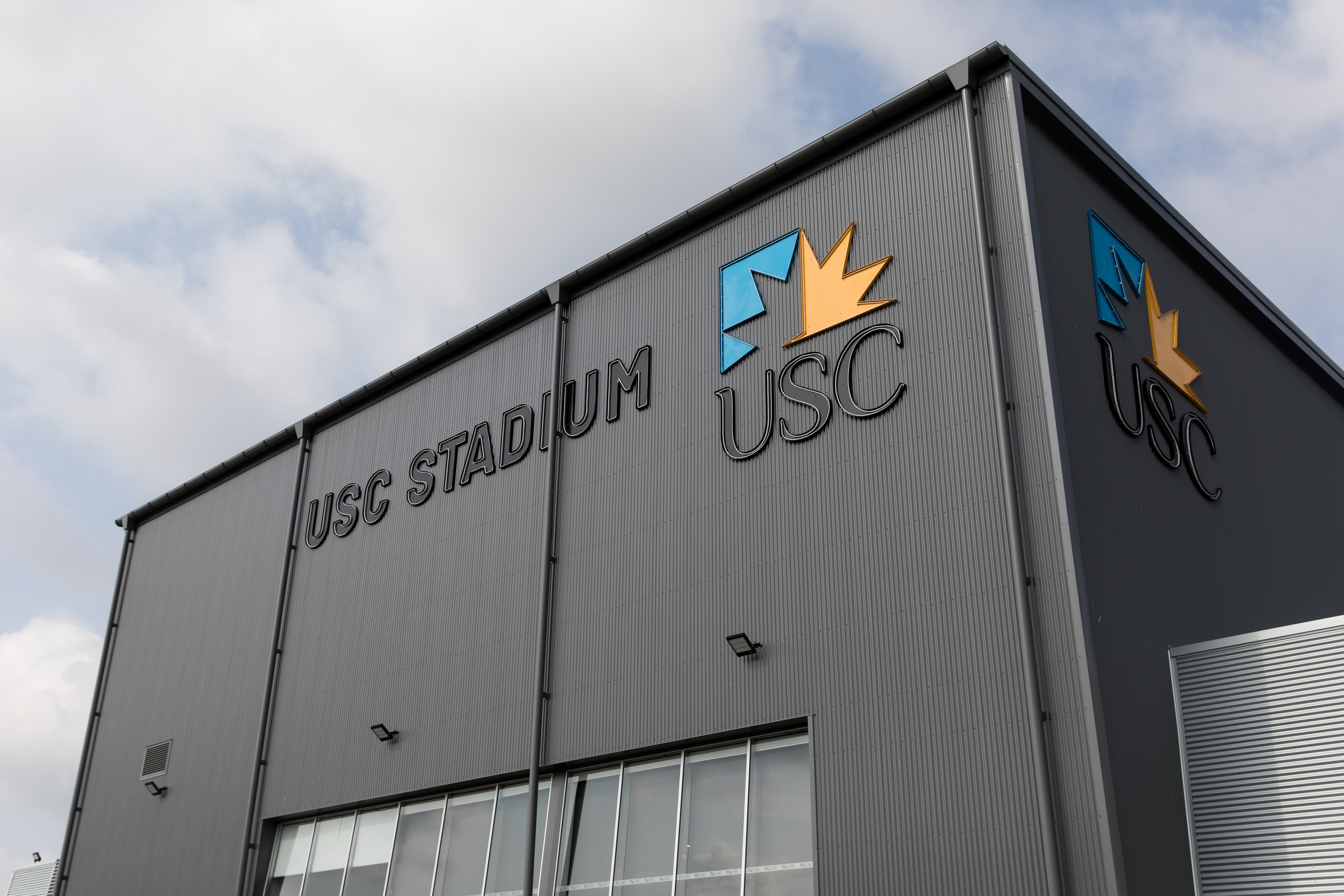 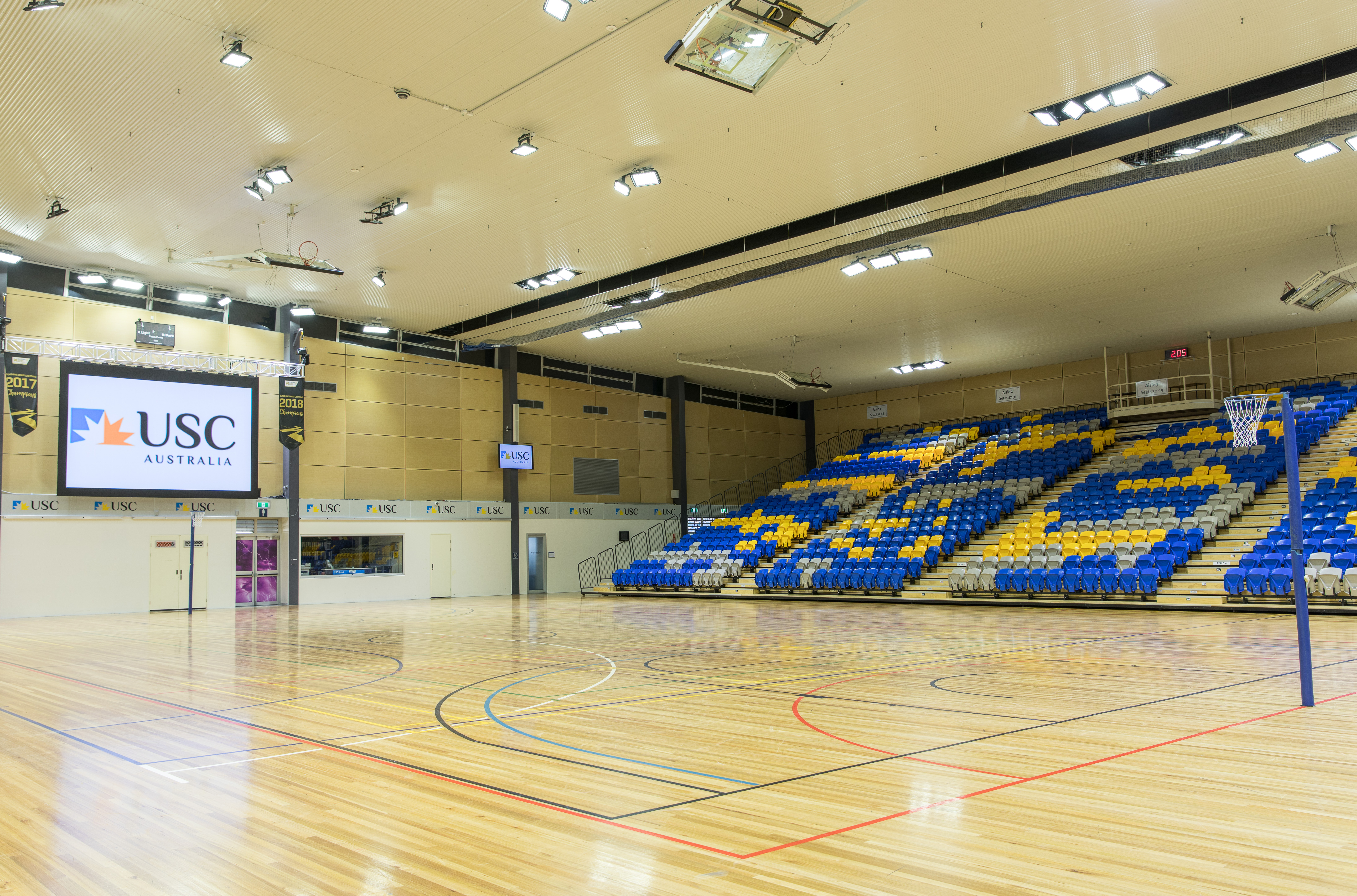 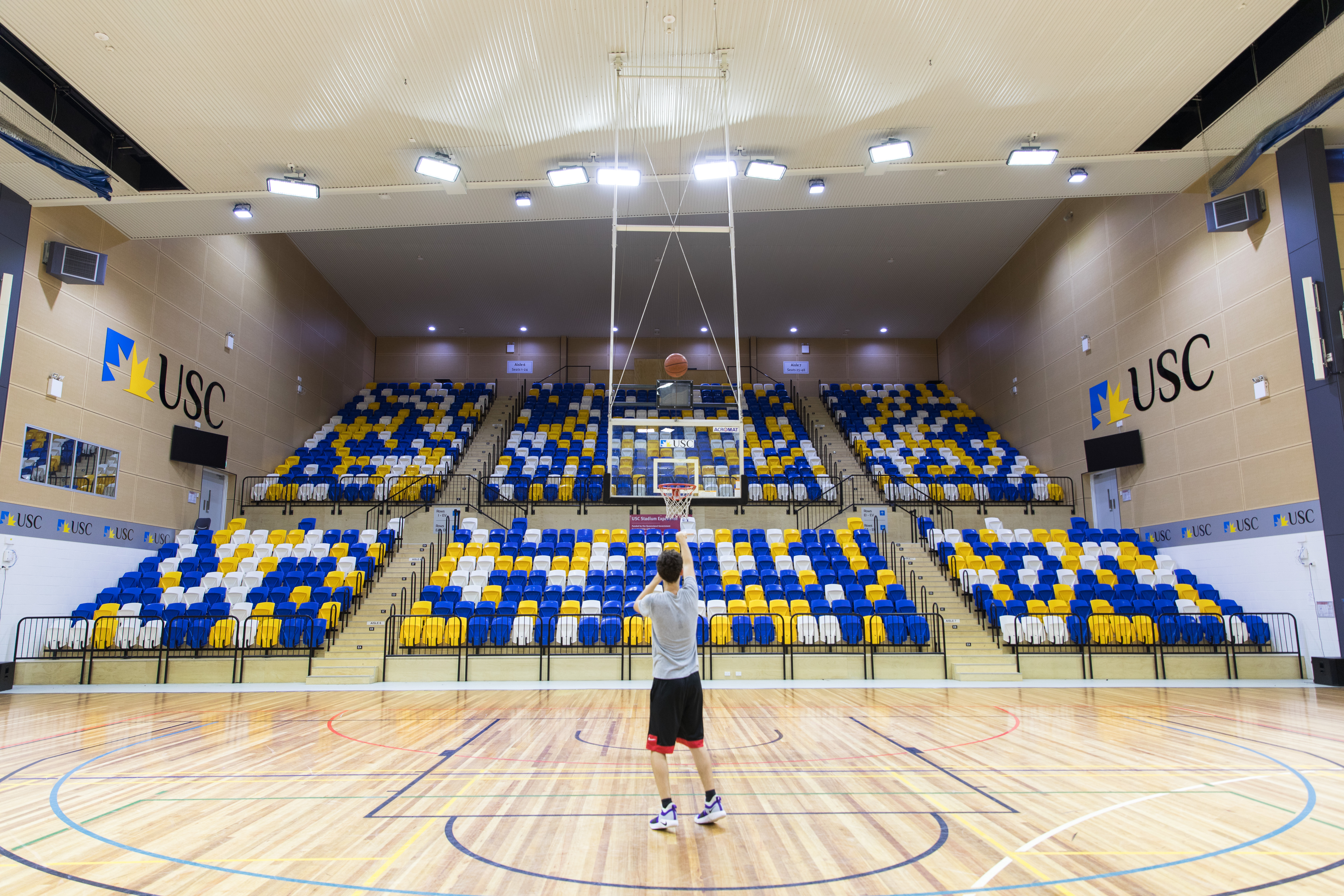