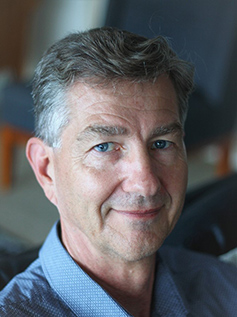 Professor Tim Prenzler joined USC in 2015 as the inaugural Program Coordinator of the Bachelor of Criminology and Justice. He was previously a foundation member of the School of Criminology and Criminal Justice at Griffith University, established in 1991, where he held numerous Program Coordinator positions and was Head of School from 2003 to 2005. At Griffith, he was a foundation member of the Australian Research Council Centre of Excellence in Policing and Security, where he was Coordinator of the Integrity Systems Program from 2008 to 2014.

At USC, Tim is an Executive Member of the USC Branch of the National Tertiary Education Union and a member of the University's Research Committee.

His research interests include crime and corruption prevention, police and security officer safety, security industry regulation, and gender equity in policing. He has developed and taught courses in introductory criminology, policing, crime prevention, and criminal justice ethics and accountability.

Professor Tim Prenzler is an expert on police integrity matters, with a specialist interest in complaint reduction strategies, covert tactics against corruption, early intervention systems, and use of force minimisation. He has also researched extensively on effective regulatory strategies for the security industry, successful crime prevention programs, and the history and integration of women police.