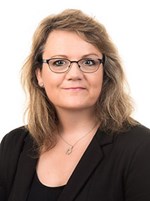 Associate Professor Anna Potter is a researcher focusing on children’s screen production cultures and distribution networks, and media and communication policy. She is the author of Creativity, Culture, and Commerce: Producing Australian Children’s Television with Public Value (Intellect, 2015) and Creativity Rebooted: Producing Children’s Television In the On-Demand Age (Intellect, in press), and multiple journal article and book chapters.

As part of her recent ARC Discovery Early Career Researcher Award (2016-18) Anna studied the rapid evolution of production territories and markets for children's television opened up by media globalisation, and the impact of digitisation and internet-distribution on children’s media industries, and producers’ creative practice. Prior to becoming a researcher, Anna worked as a media practitioner in the UK pay-TV industry. In 2017 Anna established the biennial Children’s Media Symposium, a hybrid industry/academic event for children’s media researchers and practitioners. She is an Adjunct Senior Research Fellow at the University of Queensland and is on the board of the journal Media International Australia.