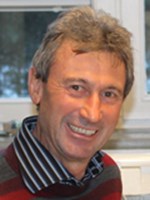 Michael received a PhD from Monash in 1977 and was a tutor there until taking up a post as Lecturer at the now Charles Darwin University (CDU), NT, Australia. He took time off to write a book on Greek migration to Darwin (1985) and a bicentennial history on the Sydney Fruit and Vegetable market (1988). He was a Senior Lecturer at CDU from 1989-1999. In 1999 he took up a post at Chalmers University of Technology, Gothenburg, Sweden. From September 1999 to February 2013 he worked in Sweden, first at Chalmers where he was in charge of a teaching and learning centre, and then from 2010 at Stockholm University, where he was Sweden's first Professor of Higher Education.

Michael's research is concerned with fundamental epistemological questions such as how knowledge is built and the best ways of promoting learning in higher education. He is also interested in the most pedagogical ways of using digital tools in teaching and learning. Having run courses for PhD supervisors as well as supervising and marking PhD theses, he is currently researching the most efficacious way of supporting the PhD process. His own PhD was a contact history between Aborigines and Colonists in early Victoria, 1836-1886, and he has maintained an interest in cross cultural research and still publishes occasionally in that area.

In Sweden he received substantial funding for research and development projects aimed at improving learning and teaching in Higher Education. He took up his current post at USC in February 2013.