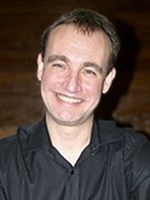 Dr Phillip Ablett completed his doctorate in sociology at La Trobe University in 2001, examining the participation of Christian Church people in movements for revolutionary social change in the Philippines. He has taught sociology and anthropology since 1994 at both La Trobe University and University of the Sunshine Coast in the areas of introductory sociology, cultural anthropology, social movements, social research, social theory and the social history of technology.

Dr Ablett was awarded the Vice-Chancellor’s Medal for Outstanding Teacher in 2007 and in 2010 received an Australian Learning and Teaching Council citation for his contribution to student learning in social theory. He is currently working on two books. One examines why so many Christian Church people in the Philippines became organised participants in a Communist-led revolutionary movement against the dictatorship of Ferdinand Marcos from 1972 onwards. The second book is a co-authored introduction to critical social work to be published by Cambridge University Press in late 2014.