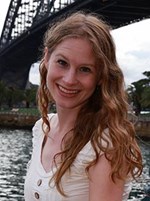 Kim Jennings is the Coordinator, USC SouthBank. She is responsible for coordinating the daily operations of USC SouthBank, which involves supervising support staff and working in collaboration with University cost centres to adopt an integrated and coordinated approach to the delivery of student engagement and support services.

Prior to this role Kim worked as the Program Officer for International House at Charles Darwin University in Darwin, Northern Territory. There she managed a team of international Resident Leaders and implemented the events and activities program for residents. She previously worked as an English as a Foreign Language (EFL) teacher at Sydney College of English, Strathfield College, Kaplan and Aspect.

Originally from Boston, Kim grew up in Cincinnati, Ohio and graduated from Calvin College in Grand Rapids, Michigan. She has since worked in England, the United States and Australia.