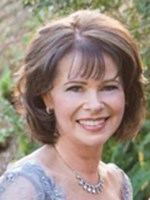 Mary Riley has a business background having worked in managerial positions in the merchant banking and health industries as well as in paralegal positions in NSW and Qld law firms throughout her life. She is a graduate of USC and received a Master of Criminology and Criminal Justice with Class 1 Honours through Griffith University.

Mary’s area of interest and research is restorative justice. She is undertaking a PhD looking specifically at the benefits of mediation and other alternative dispute resolution processes for managing complaints against police in Australia.

Mary moved to the Sunshine Coast with her family in 2003. In addition to her work and academic interests, she is a Commonwealth Civil Marriage Celebrant and Justice of the Peace. Mary joined USC in 2012 and is now a Lecturer in the Criminology and Justice program.