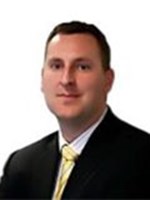 Professor David Lacey is the inaugural Chair of Cyber Security at the University of the Sunshine Coast. He is Director of the University’s Institute for Cyber Investigations and Forensics. Professor Lacey also occupies the position of Managing Director and Board Member of IDCARE, the National Identity & Cyber Support Community Service, co-located with the Institute. Throughout 2017 and 2018 Professor Lacey led the establishment of the joint law enforcement Australasian Cyber Training Alliance, an innovative training and professional development capability for law enforcement members, was invited to contribute to the Commonwealth Cyber Resilience Task Force, led the Council of Australian Government’s Round Table on Enabling Technologies in Family & Domestic Violence, and was appointed by Government to jointly lead a Review of Australia’s Identity Security System.

Professor Lacey previously served in various specialist and senior executive roles at the Australian Crime Commission (2003-2013), including that of Executive Director responsibilities for domestic and offshore operations, security and integrity, as well as corporate operations. Professor Lacey previously served in the Royal Australian Signals Corps and Special Operations Command. He teaches international security, the psychology of cybercrime and cyber intelligence.

He is a recipient of various competitive research grants and research consultancy funding opportunities. He is presently a Chief Investigator in an Australian Research Council Linkage Grant on dark net market interventions, and a Criminology Research Grant on a longitudinal study on identity theft victim response experiences. He supervises research students pursuing projects across a variety of human-centred and system approaches to identity crime, cyber crime, cryptocurrencies, and money laundering. Professor Lacey and his students have been recognised as making significant scholarly and professional contributions to this field, including winning various industry and academic awards and prizes. During his time at the Australian Crime Commission he was jointly awarded the highest team award for his efforts in leading an international task force on a terrorist linked card skimming network, as well as the highest individual achievement award for his work in building joint industry and government intelligence networks in financial crime. In 2016 IDCARE was awarded the Australian Best New Cyber Security Initiative at Australia’s Cyber Security Awards for its innovative work in addressing cybercrime victim response needs through the establishment of the international support service.

Professor Lacey regularly appears across a variety of local, national and international media channels. He previously maintained a weekly column “Hacked Off” across the APN Media newspapers and is a regular commentator in cyber security on a variety of Australian Broadcasting Corporation mediums.

David is a member of the Centre for Human Factors and Sociotechnical Systems at the USC.

Stay in touch with David and visit him at: