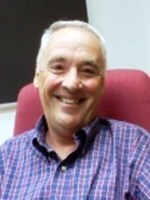 Merv Hyde is an educator and specialist in child development, learning and disability. He was Academic Director of the International Projects Group from its inception and the Acting Head of the School of Education since its inception in 2013 until early 2015. He is an active researcher in the School of Education in the Faculty of Science, Health, Education and Engineering at the University of the Sunshine Coast and has over 120 peer-reviewed manuscripts published. His co-authored book on Inclusive Education with Oxford University Press is a leading publication of its kind.

He held a number of senior positions at Griffith University, including that of Chair of the Academic Board and is Professor Emeritus at Griffith.

Professor Hyde was a University Auditor for 10 years and is currently on the Register of Experts in Higher Education for the Australian Tertiary Education Quality and Standards Agency. He is also a research assessor for the ARC, ERA and ADRA. He has been a World Bank and AusAID Technical Consultant and has worked in many nations including Thailand, Malaysia, Indonesia, USA, Canada, Italy, Ireland, the United Kingdom, Sweden and Norway. He is a Member of the Order of Australia (AM) for services to education in Australia and Indonesia.

Professor Hyde is also a member of the Advisory Board for a European Council Research Project developed to study the cultures of disaster resilience among children and young people.

Merv's areas of expertise include international projects, education and research