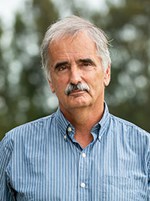 Professor Jeff Morrell is a native of New York in the United States of America and received his education in Forest Biology, Plant Pathology, Forest Pathology and Mycology in New York and Pennsylvania. He also worked as an engineer’s assistant for an electric utility before joining Oregon State University in 1983 and moving through the academic ranks to become a Distinguished University Professor.

Jeff's expertise is in the area of wood deterioration and its prevention where he has undertaken research to identify the fungi associated with the deterioration process, assess the potential for biological control of decay, methods for improving wood treatments, and systems for arresting decay once it has been initiated.

Jeff originally trained as a forester because he wanted to save trees, but sees his career as having worked to achieve that through extending the service life of timber thereby reducing the need to harvest additional wood.

Expertise in wood as a material, fungi and insects that decay wood, preservative treatments, remedial treatments of wood