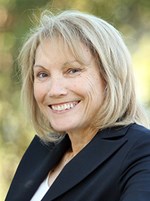 Professor Frazer was the first person in Australia to be awarded a PhD in franchising, pioneering the development of franchising as an academic discipline. In 2010, she was honoured with the Contribution to Franchising Award by the Franchise Council of Australia for her ‘significant contributions to the education of the Australian franchise community’.

In 2010, Professor Frazer was appointed as a Global Facilitator for AACSB International to facilitate Assurance of Learning seminars in Australia and internationally.