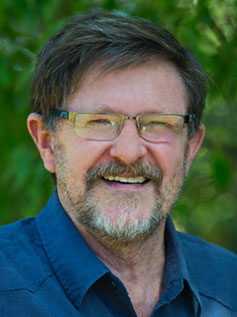 Prior to his research appointment with the SRC, Professor Bill Carter was discipline leader of USC’s Environmental Science program, which included the postgraduate Masters by Coursework program for Climate Change Adaptation. Previous to this he was with the University of Queensland - where he was responsible for the environmental tourism programs.

Professor Carter has led numerous research projects relating to heritage resource management (lead or co-chief Investigator on over AUD$5 million of competitive research grants). He has published over 100 scholarly articles in this area; 65 since 2003 (10 monographs, 37 peer-reviewed journal articles, 5 conference proceedings, and 4 book chapters). Professor Carter has supervised over 35 postgraduate research students, from honours to PhD level. He has also given keynote addresses and been invited to host seminars in Australia, Indonesia, Sri Lanka, China, Canada, Thailand, Cambodia and across the South Pacific.

Professor Carter was responsible for the legislation drafting instructions for the Wet Tropics World Heritage Area, and has been called as an expert witness for Commissions of Inquiry in New South Wales and Queensland.

Professor Carter is co-editor of the 'Australasian Journal of Environmental Management'.

Prior to his academic career, Professor Carter worked as a consultant to the three levels of government, and international NGOs, in the areas of tourism and conservation management. He has also held senior positions within the parks management sector: with the Queensland Government as the first Interpretative Officer for the National Parks and Wildlife Service, and Director of Brisbane Forest Park; and the Melbourne and Metropolitan Board of Works.

Cambodia's Prime Minister also acknowledged Professor Carter's contribution, and the broader contributions of USC, in his speech read to the audience by Cambodia's Minister of Tourism.