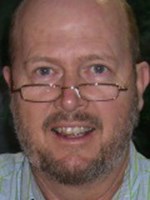 Professor Wayne Knibb completed his PhD in Population Genetics from the Australian National University, ACT in 1982. Following on, from 1990 to 1999, Wayne was Head of the Genetics Department, NCM, Israel, and was a pioneer in the genetic improvement of marine fish (sea bream and sea bass) using selection, single gene mutations, hybrids, triploids, and genetic engineering.

From 2000 to 2006, Wayne took up a position as Principal Research Scientist for the Queensland Department of Primary Industries; and from 2004 to 2006, was the leader (Principal Investigator) of Australia’s major collaborative genetic selection program for the giant black tiger prawns (Penaeus monodon). The collaborators / partners on this project included the Australian Institute of Marine Science, CSIRO, The Australian Prawn Farmers Association, and the Fisheries Research and Development Corporation (FRDC).

Presently, Wayne is a leader of the genetics breeding group with active projects in Australia and overseas.