In January 2009, Chris Raine was 22 and working at a youth communications agency in Brisbane when he decided to stop drinking alcohol for a year.

Chris had recently graduated from USC with an Arts/Business degree, and was inspired by a project brief that had called for a real understanding of young people’s attitudes toward binge drinking.

He figured that if he was going to encourage his target audience to change their behaviour, he needed to understand their motivations and beliefs.

Chris decided to share his experience of sobriety with other young people on a blog and Facebook page he called ‘Hello Sunday Morning’.

Nearly a decade later, his “social experiment” is an international movement that has encouraged more than 120,000 people to reassess their relationships with alcohol, and shared 2.1 million stories of positive change.

The largest online community of its kind, Hello Sunday Morning has received more than $2 million in funding from Google, nib, Macquarie Bank and Vodafone and in 2017 launched a new coaching and community support program, Daybreak, designed to help even more people harness the power of technology to build healthier habits and lives.

As the movement’s founder and CEO, Chris was USC’s 2011 Outstanding Alumnus of the Year and Queensland's 2012 Young Australian of the Year. He is a member of USC’s Queensland Mind and Neuroscience Foundation Board, and in 2017 was named a Westpac Social Change Fellow.

He recently completed an MBA at Oxford University’s Skoll Centre for Social Entrepreneurship, where he wrote a thesis on the business case for investment in technology to help address addiction in society.

His long-term goal is to harness the data available via mobile and online technologies to understand what triggers risk-taking behaviours, and to facilitate better access to community and clinical support.

“I would like to see Australia have the best mental health system in the world,” he said. 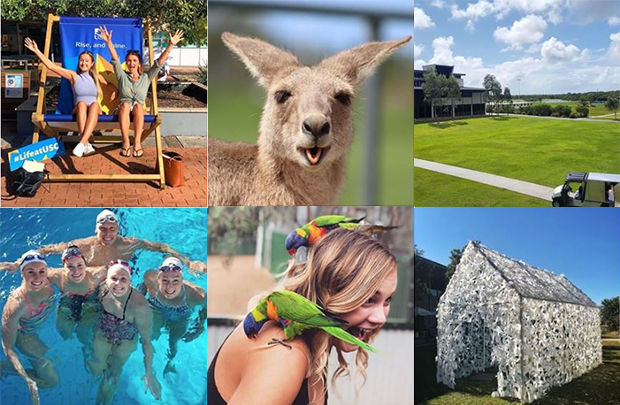