Sir Angus was awarded the Knight of the Order of Australia in January 2015 for extraordinary and pre-eminent achievement and merit in service to Australia, through distinguished service in the Australian Defence Force and continued commitment to serving the nation in leadership roles, particularly the national responses to the MH370 and MH17 disasters, and in a variety of roles in the community.

Sir Angus has worked closely with the University since 2011. As Chair of USC’s QMNI Institute Foundation Board Foundation Board, he has been a driving force behind the establishment of the Sunshine Coast Mind and Neuroscience – Thompson Institute, and has advocated for USC’s capacity as a leader in community mental health at the highest levels of government and industry.

Sir Angus is Chair of Airservices Australia; the Defence South Australia Advisory Board; the Order of Australia Council; the Victorian Police Corporate Advisory Group; the University of NSW Canberra Advisory Board and the Canberra Symphony Orchestra.

He is a Board Member of the Lowy Institute for International Policy, the Australian Cancer Research Foundation, the Anzac Centenary Public Fund Board and GreaterGood Canberra. Sir Angus is also a visiting fellow of the ANU National Security College and the South Australian Special Envoy for International Trade and Investment.

In addition, he is patron of numerous charitable organisations.

In July 2014 Sir Angus was appointed as the Prime Minister’s Special Envoy to lead Australia’s efforts to help recover, identify and repatriate Australians killed in the Malaysia Airlines MH17 crash.

Sir Angus is married to Liz and they have three sons and three grandchildren. In 2011, he was named the Australian Father of the Year and in 2012, the ACT Australian of the Year. 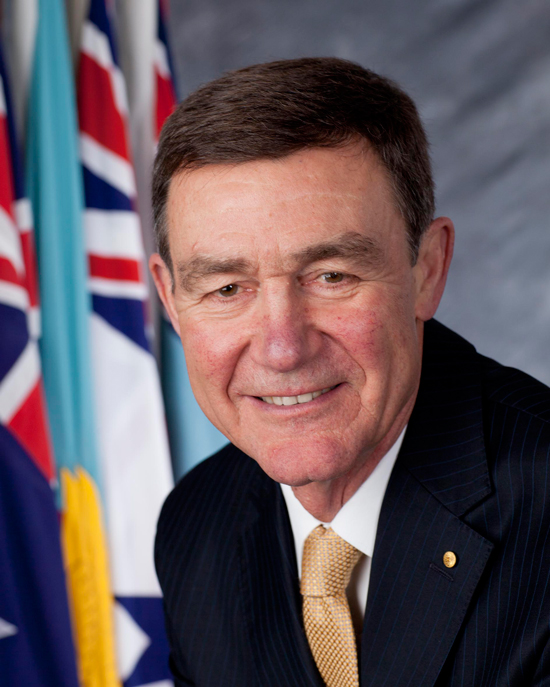