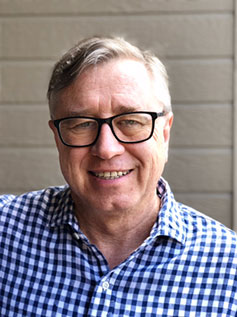 Dr Jeremy Davey is a Professor in the School of Social Sciences and is Leader of USC's Road Safety Research Collaboration. Jeremy was previously Professor and co-founder of the State’s first dedicated university research centre in road safety (CARRS-Q at the Queensland University of Technology).

In 2018, he was asked by the Queensland Government’s Motor Accident Insurance Commission (MAIC) to establish and develop a dedicated university research group in road safety at the University of the Sunshine Coast. He has an extensive international history and experience in research, publication and Doctoral supervision in areas such as Road Safety, Workplace Safety, Policing, Rail Safety, Alcohol and other Drug Use, Heavy Vehicles, Impaired driving, Enforcement and Policy development. He is regularly sought after by governments and national and international organisations and major industries as an advisor and consultant.

He has held senior executive and advisory positions in a number of national bodies including the Australian College of Road Safety, Alcohol and Other Drug Council of Australia, National Police Drug and Alcohol Coordinators Committee and the Australian Defence Force. He is currently a member of the Australian Commonwealth Government’s, National Drug Driving Working Group and the US Government’s National Academies of Sciences, Engineering, and Medicine, Transportation Research Board’s, Standing Committee on Alcohol and Other Drugs, and Transportation. In 2018, Jeremy was awarded the United States Government’s flagship foreign exchange scholarship program award of a Senior Fulbright Scholar.