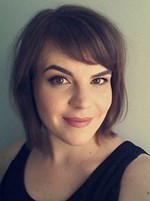 Hannah is a theatre practitioner and academic originally from Aotearoa New Zealand. She has been teaching in tertiary education since 2011 and has worked as an actor, director, writer, producer, and production manager. She is one of the co-founders and creative directors of the award-winning theatre company My Accomplice, who have made over 20 productions together since forming in 2009. She has performed and toured all around Aotearoa New Zealand, including performances in the New Zealand Fringe Festival, Dunedin Fringe Festival, and New Zealand Comedy Festival. She completed her PhD in Theatre in 2018 at Te Herenga Waka – Victoria University of Wellington. This ground-breaking research explored women in devised theatre in Aotearoa New Zealand.