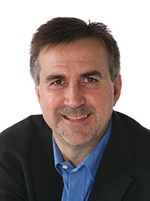 Dr Henry (Harry) Dugmore is Senior Lecturer in Communication based at USC Moreton Bay. After twenty years in the entertainment industry in South Africa, he joined Rhodes University’s School of Journalism and Media Studies as MTN Chair of Media and Mobile Communications in 2009.

Harry established the Discovery Centre for Health Journalism at Rhodes in 2011 and has led large-scale AIDS education and financial literacy communication programmes. He was the lead author of The Academy of Science of South Africa (ASSAf) consensus study, "Diversity in Human Sexuality: Implications for Policy in Africa", published in 2015 in response to new draconian homophobic changes to laws in some African countries. In 2018,  he spent a year based at QUT’s DMRC exploring economic models for journalism in developing countries.