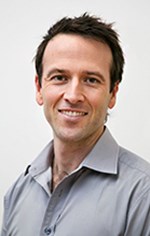 Dr Ross Watkins is an adult novelist and children’s picture book author/illustrator. The Apology (UQP 2018) has been optioned as a television series with Fremantle Media, while his picture book One Photo (Penguin Random House 2016) was shortlisted for the 2017 CBCA Picture Book of the Year and published in China (TB Publishing 2018) and North America (Dad’s Camera, Candlewick 2018). Ross’ first major publication was as the illustrator of The Boy Who Grew Into a Tree (Penguin 2012), which was shortlisted for the 2013 Aurealis Award for Speculative Fiction. His scholarly research explores practices in illustrated narrative, representations of grief, and experimental scholarly writing modes such as fictocritcism. Ross is a General Editor for TEXT: Journal of Writing and Writing Courses, Australia’s most prestigious academic journal in the field, and an Executive Committee member of the Australasian Association of Writing Programs (AAWP), the peak academic body representing the discipline of Creative Writing in Australasia. Ross began teaching Creative Writing at USC in 2006.

Stay in touch with Ross at: