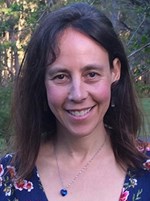 Shelley Davidow is an international author and educator. For the past twenty years she has written and taught on five continents in kindergartens, primary schools, secondary schools, a medium security prison in the USA and at universities. Her books include the recently released Raising Stress-Proof Kids (Exisle 2014, Familius, 2015), Whisperings in the Blood (UQP 2016), the Creative Writing textbook Playing with Words (Palgrave Macmillan UK 2016), Fail Brilliantly (Familius 2017) and Shadow Sisters (UQP 2018).

Having lived in Africa, the Middle East, Europe, America and Australia, Shelley is an advocate for social justice, transformative pedagogies and mitigating the effects of stress in the classroom. Her research on stress and children, on teaching literacy through creative writing and on decolonising the classroom through arts form the basis for her professional development courses and guest speaker events around Australia.

Her young adult novels have been shortlisted for international awards (Freefalling for the Maskew Miller Young Africa Award in 1991, and In the Shadow of Inyangani for the Macmillan Writers Prize for Africa in 2003) and her educational readers for Macmillan are sold across the world, from Africa to the Caribbean, many of them for youngsters impacted by war, disease and social struggle.

Dr Shelley Davidow uses methodologies ranging from creative writing to auto-ethnography whilst working alongside Aboriginal and Torres Strait Islander colleagues to explore ontologies and ways of being and knowing reflective of de-colonial discourses and paradigms. Her novels, children’s books and memoirs set in and written about Africa where she was born use creative writing and narrative methodologies to speak back to dominant colonial and neoliberal discourses with regard to the future and purpose of research in education.