The overarching aim of this project has been to gather evidence about the most appropriate food provision and nutrition support for athletes while competing at major competition events such as the Olympic and Commonwealth Games.

Over the past thirty years there has been an increasing emphasis on the suitability of the food provided for athletes at the Commonwealth and Olympic Games. This has mimicked the increase in understanding of the role of nutrition in sports performance. Initial research conducted at the Sydney 2000 Olympic Games (Pelly, O'Connor, Denyer, & Caterson, 2009) suggested that expert input into the food provision and nutrition service was a necessary component of the catering service. Since this time, there has been substantial growth in the number and diversity of athletes competing at these events and a need to consider different cultures, sports, ages, and therapeutic dietary needs. Food provision in this environment still presents with challenges that are unique to the location in which the event takes place and continue to be affected by the changes in organisers and catering companies. Understanding the specific needs of athletes in this environment can assist organisers, caterers and officials to provide appropriate food and nutrition support.

Professor Pelly has implemented a nutrition program and evaluated the food provision at a number of events over the past 20 years including the Sydney 2000 Olympic Games, Melbourne 2006, Delhi 2010 and Gold Coast 2018 Commonwealth Games, and the Taiwan 2017 Universiade (World university games- See media article) Prof Pelly has worked with Australian dietitians to implement the nutrition service and conduct research at these events.

The research conducted on this project as a whole has resulted in the forming of a committee (chaired by Professor Pelly) for the international organisation PINES. This working party has reviewed the food provision on behalf of the IOC for the Beijing (2008), Vancouver (2010) London (2012) Sochi (2014), Rio (2016) and PyeongChang (2018) summer and winter Olympic Games. The input of a sports dietitian into the food provision for these events is now mandated by the organising committee and part of the tender application by caterers. Prof. Pelly has a number of research studies and book chapters published on this topic, and has collaborated with other nutrition and dietetic researchers including Dr Sarah Burkhart, Dr Hattie Wright, Associate Professor Gary Slater, and PhD candidates Judy Tweedie and Rachael Thurecht.

Prof Pelly is interested in exploring the role the environment has on athlete food choice and how this is driven at a policy level. She is also interested in the global impact of the provision of food and catering at major events.

Pelly, F., Thurect, R. (2019) Evaluation of Athletes’ Food Choices during Competition with Use of Digital Images. Nutrients Vol. 11, No. 7

Burkhart, S. and Pelly, F (2013). Athletes use and opinion of point of choice nutrition labels at a major international competition. Appetite, 70, 6-13

Book chapters and other publications:

O'Connor, Helen | Pelly, F | Gifford, Janelle (2016). From plate to podium: what does it take to fuel Olympic athletes? The Conversation. (Australia) 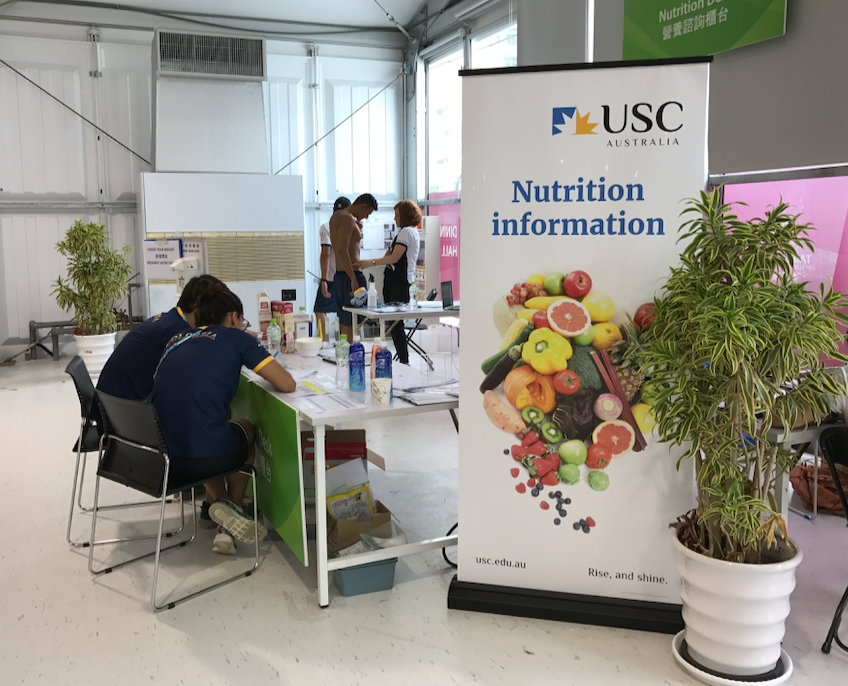