The three-year research project will also investigate the climate change challenges facing humpback whales and focus on the thousands of whales that deviate each year from their southern seasonal migration along Australia’s east coast into the waters of Hervey Bay.

Timed for the start of this year’s whale watching season, the researchers have begun boat-based surveys and using remote aerial drones to monitor seasonal fluctuations in numbers, record whale behaviour and capture interactions between the giant marine mammals and sharks.

Ms Petersen is conducting the study under the supervision of USC marine ecologists Dr Bonnie Holmes and Dr Kathy Townsend.

Ms Peterson said understanding the impacts of predators, gene flow and the social structure of the humpbacks was vital to ensure the survival and longevity of the whale population in Hervey Bay, recently named the world’s first Whale Heritage Site.

“Given the global recognition of the importance of these iconic animals to Hervey Bay and incidental reports of whale numbers being lower than typical during the 2020 season, more current and comprehensive research on the visiting whales is needed,” she said.

Due to their massive size, humpback whales have few natural predators other than great white sharks, tiger sharks and orcas, known as killer whales.

“There is a general assumption that when the whales come, the sharks will follow, yet interactions between humpback whales and potential predators are relatively unexplored, particularly along the east coast of Australia,” Ms Peterson said.

“This will be the first study to explore this relationship in detail in the waters off South East Queensland and to assess if an increase in whale numbers results in an increase in sharks.”

The findings will be correlated with movement data from previously tagged large shark species from existing long-term tracking programs in Queensland and New South Wales.

Over a 10-week period during the next three whale migration seasons, the research team will also compare and combine abundance estimates with historical records and environmental data to identify trends, track any major anomalies and identify possible mitigation measures.

They will also investigate the genetic diversity of the whale population by collecting sloughed skin samples left behind in the water during more energetic activities such as fin slapping and breaching.

“We want to know why this happened,” she said. “A focus will be on climate change factors such as water temperature, changes in currents and food availability that could contribute to a decline of the mammals and lead to shifts in range and migration patterns,” Dr Holmes said.

Fraser Coast Tourism & Events General Manager Martin Simons said the whale watching industry was a vital contributor to regional tourism, and that monitoring and maintaining the health of the visiting humpbacks would help ensure its long-term sustainability.

“Whale watching ticket sales generate between $6million and $7million each season, and with additional industrial and impact, the annual value to the region is between $10million and $12million, he said.

The study will expand on extensive research conducted for over two decades in the region by Dr Wally Franklin and Dr Trish Franklin through the Oceania Project and will compare the new genetic material with about 1,400 historical samples.

Ms Peterson was involved with dolphin research and monitoring for the Northern Territory and West Australian governments before moving to USC’s Fraser Coast campus to complete her PhD.

She was recently awarded a $64,000 Destination Australia Scholarship towards the cost of her studies as part of an Australian Government scheme to encourage more people to study in regional areas. 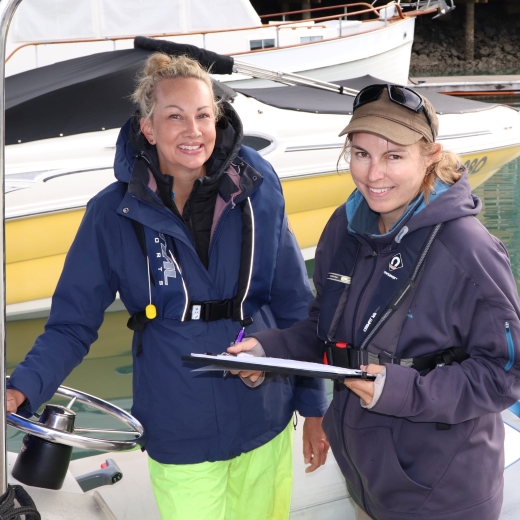