A USC Exercise Science academic who has worked as a strength and conditioning coach in Brisbane soccer has won a national award for his research that furthers understanding of the brain’s role in how well athletes recover from hamstring injuries.

The researchers used non-invasive Transcranial Magnetic Stimulation (TMS) – involving a magnetic coil held near the head – to gauge how neurons in the brain activated or inhibited hamstring muscles.

“In the study, we found greater levels of input from strength-inhibiting neurons in the brains of players with a history of hamstring strains, compared to those who had never had a hamstring injury,” Dr Buhmann said.

“The results help us to understand the mechanisms contributing to poorer rehabilitation outcomes, such as muscle weakness up to 18 months after an injury.

“This is important because hamstring strains have the greatest incidence and recurrence rates, as well as cumulative time loss across a season, compared to other injuries in running-based sports.”

He said the next step would be to research new ways of alleviating this problem to improve rehabilitation outcomes.

“This could include investigating training methods aimed at improving players’ ability to activate their muscles, such as the intensity, number and frequency of hamstring strengthening exercises,” he said.

Dr Buhmann, a roundball supporter who previously worked with the Brisbane Roar Youth Team, is keeping close watch on the upcoming A-League finals, including following the progress of players like Roar defender Jack Hingert who recently sustained a hamstring injury. 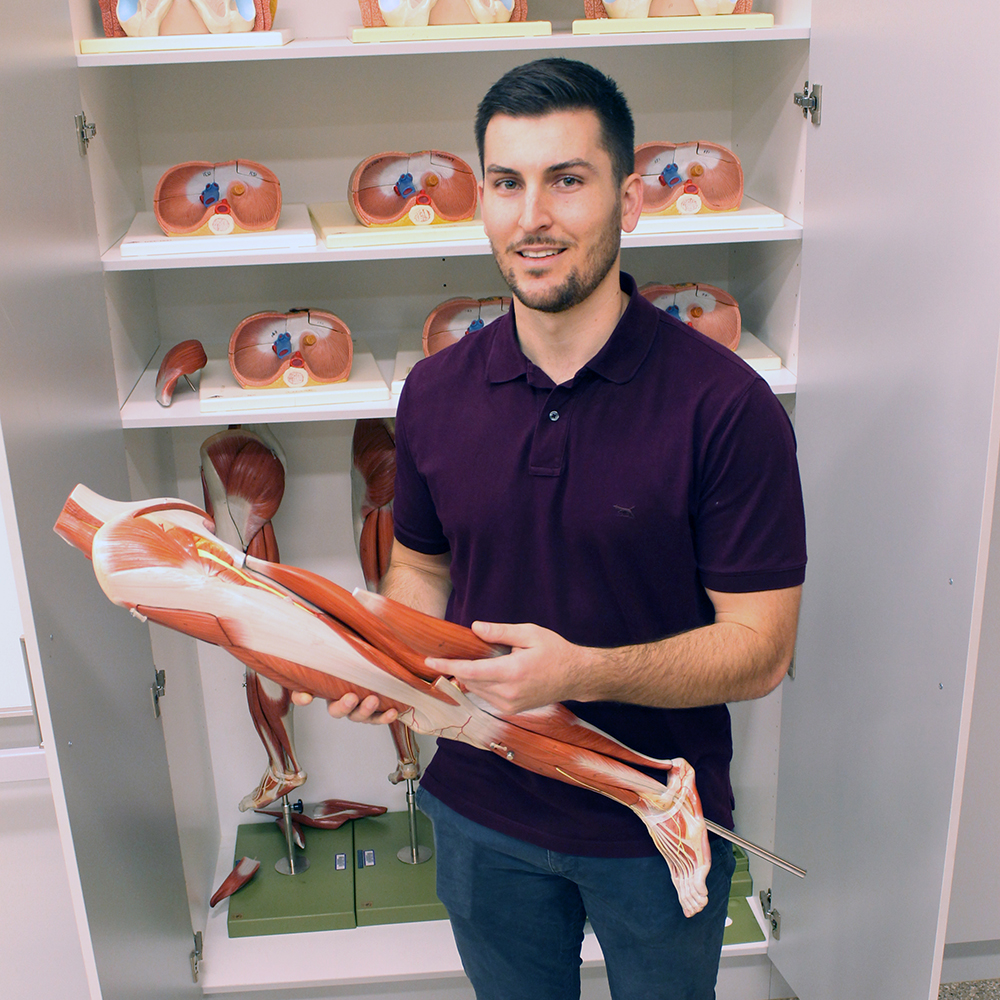 Sunshine Coast health professionals have heard from a USC academic about ongoing research into how brief bursts of high-intensity physical activity can help prevent the development of colon and breast cancers.