UniSC was fortunate to have a long association with Arija Austin (1930–2015) and her husband Richard ‘Dick’ Austin AO, OBE (1919–2000). Richard served as Chair of the UniSC Vice-Chancellor’s Art Advisory Committee and sat on the first University Council and Arija was instrumental in fundraising efforts to support the development of our Art Gallery and Art Collection. In 2015, Arija bequeathed the Austins’ personal art collection of over 200 works by artists including Jeffrey Smart, Lin Onus, James Fardoulys, Kathleen Shillam, Leonard French, Goobalathaldin Dick Roughsey and Albert Tucker to UniSC. Arija also allocated a substantial sum of money in her Will to enable the redevelopment of UniSC Art Gallery. 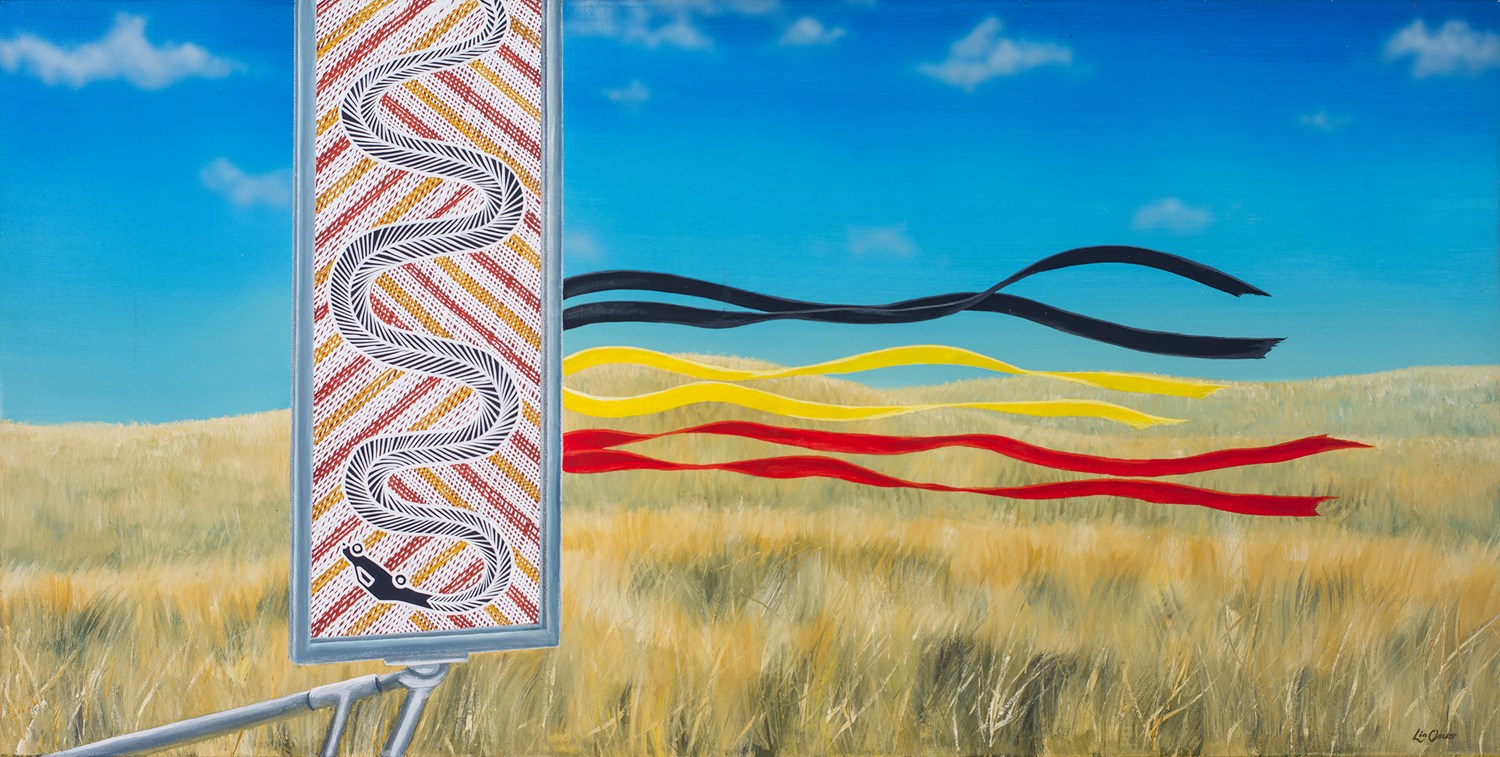 Lin Onus was an artist and activist whose work addressed the political and cultural concerns of his day. Onus visited Maningrida in 1986 and began his long and close association with central Arnhem Land artists. It was after this that Onus started incorporating photorealism with Indigenous imagery, as can be seen in Road to Redfern 1988.

The suburb of Redfern in Sydney has long been associated with activism around civil and land rights for Aboriginal and Torres Strait Islander people. In Road to Redfern, a snake with a car-shaped head surrounded by rarrk— cross-hatched lines central to the work of Arnhem Land artists—is reflected in the side mirror of a car as is passes through a grassy landscape. Perhaps Onus is offering a reminder to look to the past when heading into the future. 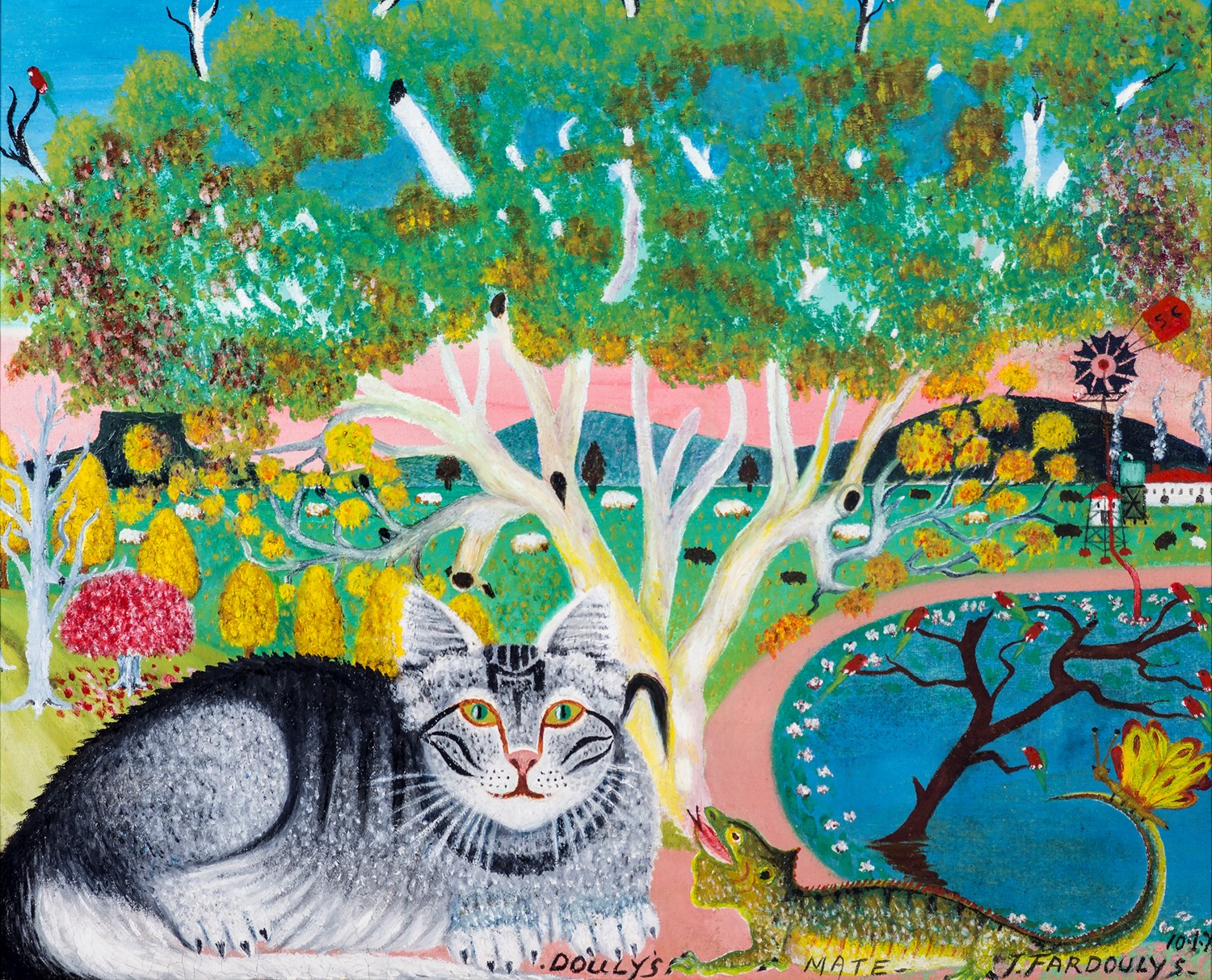 James Fardoulys was born in Kythera, Greece and came to Australia at the age of 14. After years spent working in cafes and properties in Western Queensland, and as a taxi driver, Fardoulys began to paint seriously after his retirement and in a short period of time established a reputation as a significant naive artist.

Fardoulys's work is characterised by its bright colours and detail. His favourite subjects included his early life in western Queensland, Australia's colonial past, exotic birds, and as featured in Douly's mate, Doula his cat. 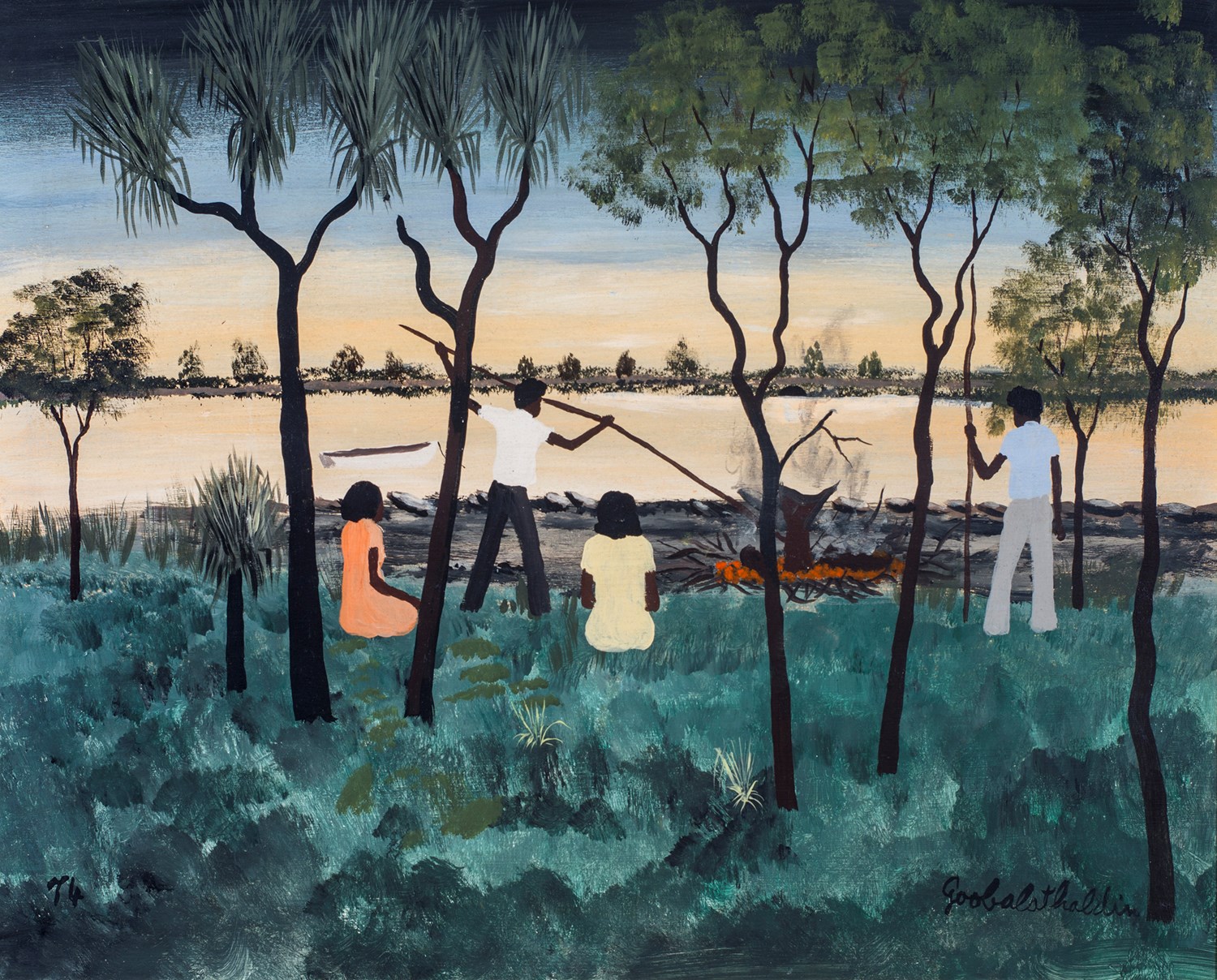 Goobalathaldin Dick Roughsey was a respected elder of the Lardil language group of Mornington Island. As the age of seven, he was sent to a mission after which he worked as a stockman and as a deckhand in north Queensland.

Roughsey began painting on bark with pigments which he learned from Yolngu artists in Yirrkala in the 1950s, and by the 1970s, his work became a fusion of Western, Cape York and Lardil styles. It was also around this time that Roughsey met Percy Trezise, a pilot and artist, who encouraged him to try oil painting and to paint the stories of his Country and life. Roughsey also wrote and illustrated the acclaimed children's book The rainbow serpent, 1975. 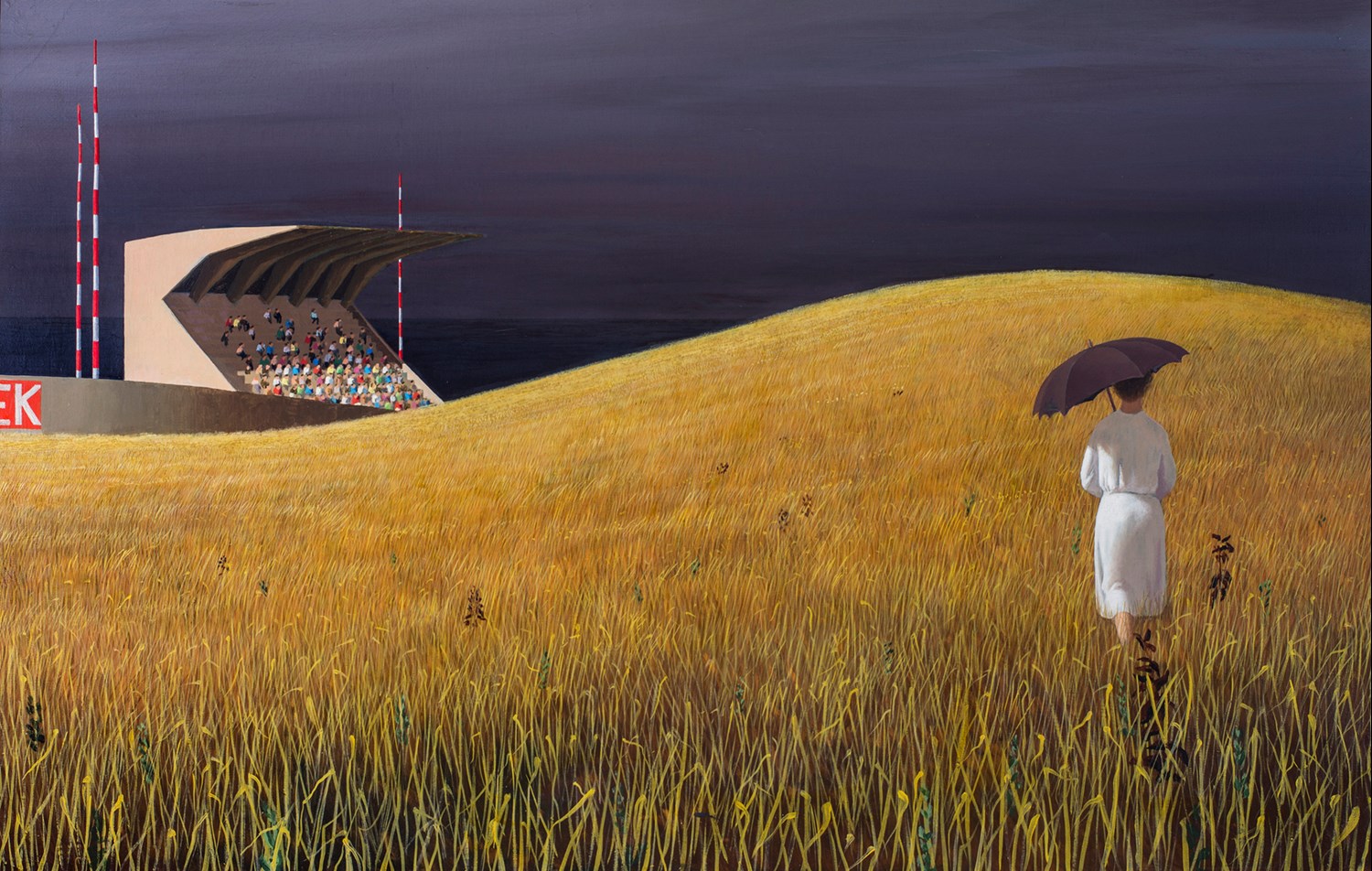