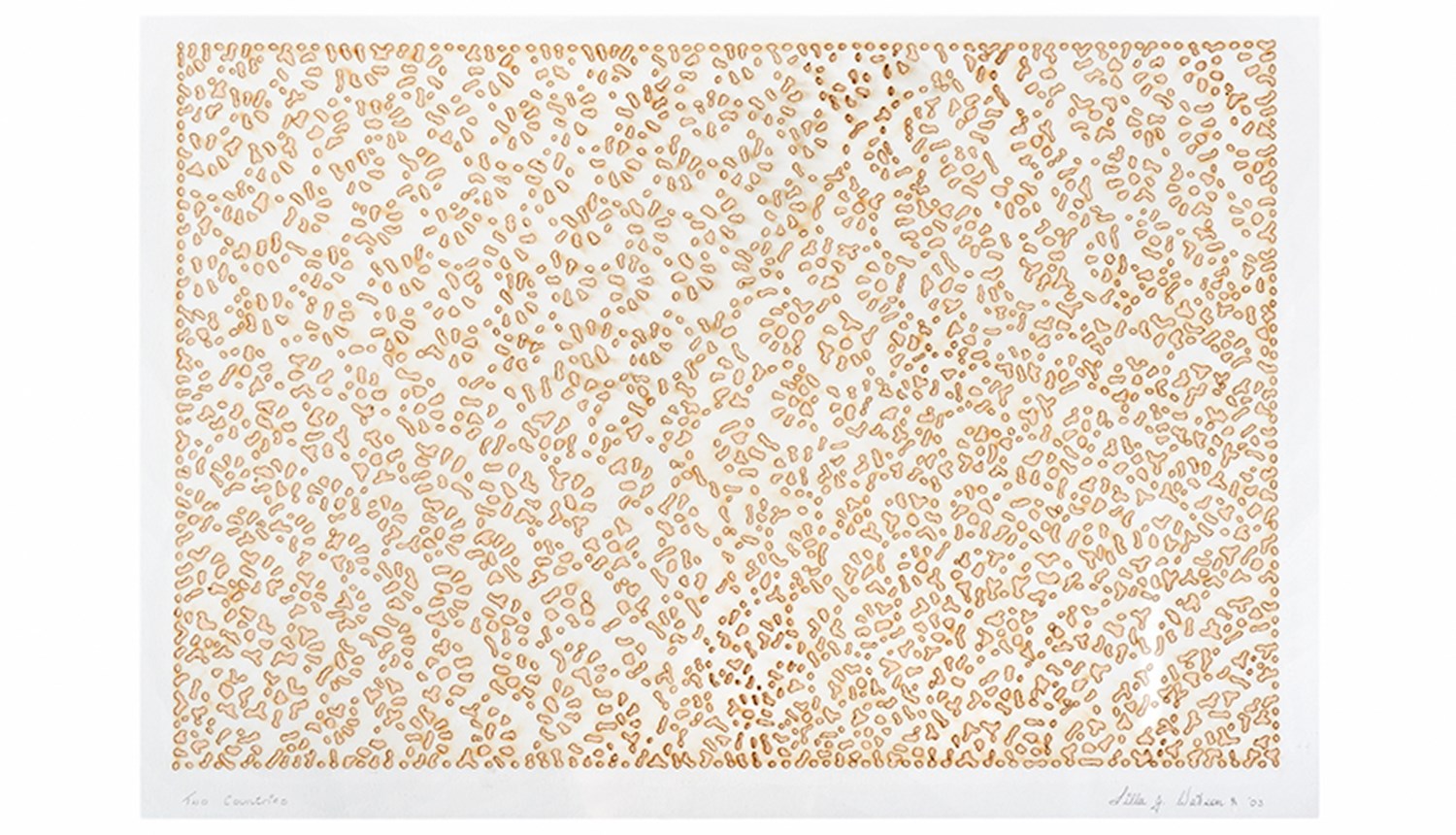 Lilla Watson is an artist, activist and academic. Watson creates images using a burning technique where holes are burnt into the paper leaving scorch and smoke marks that complete the image.

The artist explains, ‘I work solely from Aboriginal terms of reference. In that, I hopefully project the Murri understanding that people are much more spirit than matter. The pictures I create are like age-old pictures being pushed up from the earth, so I can be really pleased that I have a technique or process whereby I am using very basic natural elements of burning, scorching, and smoke marks. I don’t use any paint.’ 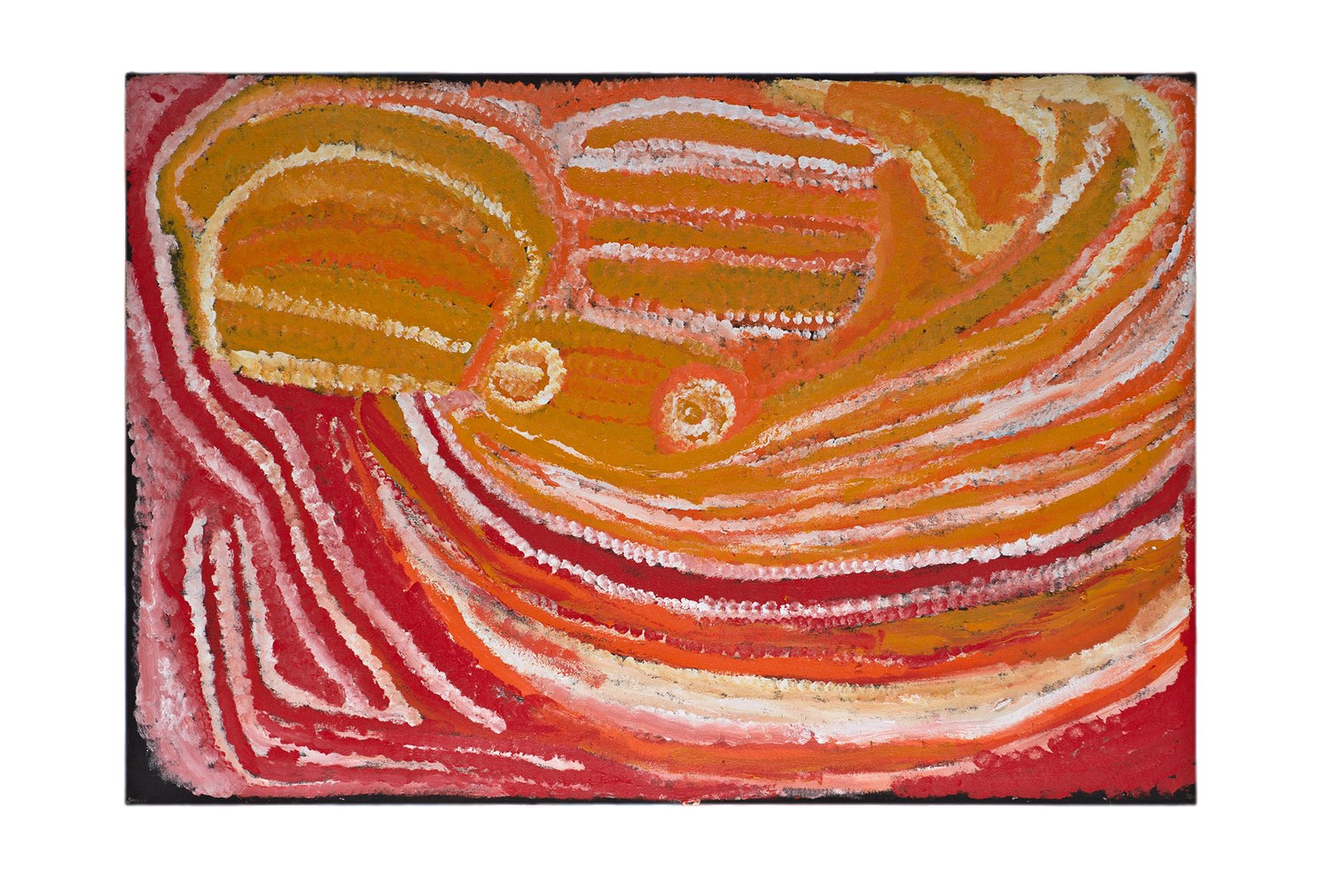 Eubena Nampitjin was an elder of the Wangkajunga people, a custodian of women’s law and a senior woman artist. She started painting in 1986, when women were becoming more broadly included in the growing art movement at Wirrimanu (Balgo). The surface of Kinyu is a metaphor for the surface of her Country.

Mirdidingkingathi Juwarnda Sally Gabori was a senior Kaiadilt artist from Bentinck Island in Queensland’s Gulf of Carpentaria. She came to painting very late in life at the age of 81 and established a remarkable career in a very short time. All the fish in the sea was competed in her first year of painting and references the schools of mullet, queenfish and mackerel that populate the waters of her home. The concentric circles suggest the patterns created in the water as these fish feed close to the surface.