Lecturer in Criminology and Justice

Gabrielle Solis reminded us about it with her underage teenage male gardener in Desperate Housewives. It was also romanticised in the movie The Lifeguard, played by Kristen Bell.

But many television shows and films have not treated the topic with the seriousness the subject deserves.

I’m referring to pop culture romanticising the idea of an older woman having a sexual affair with an underage male, creating a troubling double standard that can be both physically and psychologically harmful to the young male.

But it makes it hard to discuss the issue seriously when pop culture continually glamorises or trivialises sexual affairs between older women and young men – a scenario that would upset many people if the gender roles were reversed.

Tim Winton’s novel Breath covered the subject, which involved the 12-year-old protagonist Bruce ‘Pikelet’ Pike having a sexual encounter with a much older woman.

This was a clear case of sexual offending – yet it neither drew much criticism, nor did it rate much of a mention in reviews when it was released as a movie last year. 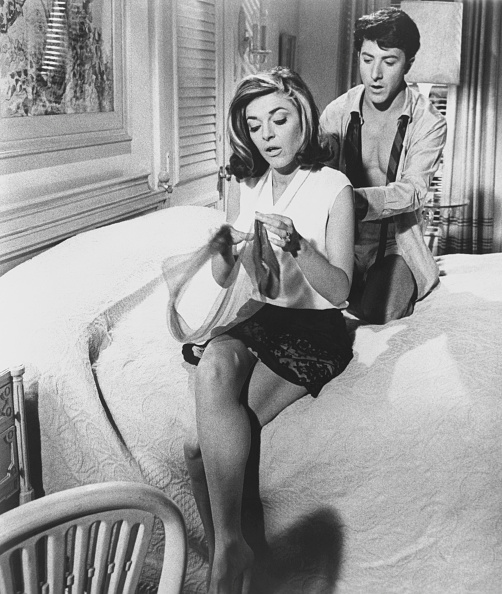 Experts believe female child sexual offenders are underreported to police. One suggested reason is because pop culture has romanticised the idea of young males having sexual encounters with older women.

It’s often portrayed as a cause for celebration rather than highlighting the feelings of confusion and suffering that victims can experience. In fact, my research has uncovered that such portrayals are completely disparate to the real experiences of underage male teenage victims.

Depicting this crime as glorified or jocular in pop culture can have flow-on effects in real-life, such as exonerating perpetrators and depreciating the harm inflicted on victims. We need to have a conversation to overcome this embellished fantasy, to empower more victims to come forward.

These underage depictions may stem from the relationships between older females and younger males, who are of legal age, that we see in pop culture. Take the 1960’s comedy The Graduate, starring Anne Bancroft as a middle-aged woman Mrs Robinson, who seduces a much younger Benjamin Braddock – played by Dustin Hoffman.

This preceded what was known as the ‘cougar’ phenomenon – again popularised by the character known as ‘Stifler’s mum’ in the late-1990’s comedy American Pie. The cougar phenomenon was reinforced in the release of the popular song ‘Stacy's mom’.

Let’s remind ourselves that the portrayal of an older woman having a sexual relationship with an underage male in pop culture is reinforcing the fantasy-like and glorified situation, which is often far from the truth for real male victims.

Instead, we should be empowering these victims to have their voice heard.