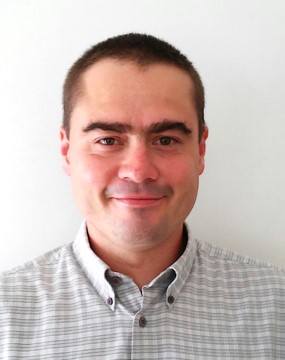 Associate Professor Volker Herzig is an ARC Future Fellow and his lab is focussed on the biodiscovery of novel arthropod venom components, particularly peptides, for potential applications in basic science, medicine and agriculture. Associate Professor Herzig has compiled the world's largest arachnid venoms collection (currently comprising 550 spider and 150 scorpion venoms) that is already used in a variety of collaborative projects spanning the following areas:

The main focus of his lab are bioinsecticides. The agricultural sector is plagued by many pests and parasites causing significant economic damage. Fortunately, some arthropod toxins are selective and potent modulators of ion channels and receptors in the insect nervous system, which aids in overcoming prey or fending off predators. By studying the interaction of arthropod toxins with their molecular targets, Associate Professor Herzig is hoping to discover novel and environmentally safe bioinsecticides and antiparasitic agents.

A future area of research that he will embark on at USC is to investigate how venom toxins modulate learning and memory in insects. This might not only lead to novel tools for controlling insect pests and parasites, but it could even provide a more general understanding of the molecular processes underlying learning and memory.