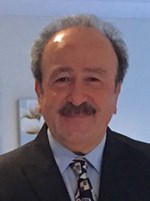 Associate Professor Mohammad Katouli has years of teaching and research experience in the area of medical microbiology, infectious disease and pathogenesis of bacteria both nationally and internationally. Following his PhD in 1980 and post-doc experience in UK, he worked for three years at the Research and Development Department of the D.P Pharmaceuticals. In 1985, he took the position of the Head of Microbiology Department at the Pasteur Institute in Tehran where he conducted a number of national research projects on the aetiology of diarrheal diseases and the prevalence of antibiotic resistance genes in hospitals and the community.

From 1988, he started working at the Microbiology and Tumorbiology Centre of the Karolinska Institute, Stockholm, Sweden as a senior research fellow where he worked with many European scientists on several projects including “Pathogenesis of E.coli sepsis and bacterial translocation”, “Changes in the intestinal flora of sarcoma patients undergoing cytostatic therapy”, “Characterization of the gut microbiota after inflammation of the intestinal reservoir in paucities patients” and “Virulence properties of E. coli strains associated with ulcerative colitis”. He was also involved in the development of a microplate-based automated biochemical fingerprinting method for epidemiological and ecological investigation of pathogenic bacteria in communities, hospital settings and surface waters. This typing system has been commercialised and is used in many epidemiological and ecological studies such as microbial source tracking.

In 1998, Professor Katouli took up a teaching and research position at USC and established the Microbiology and Biotechnology program as well as courses in Medical Microbiology, Communicable diseases and epidemiology, Microbial Pathogenesis and Pharmaceutical and Food Microbiology.

Since 1998 he has been a member of the Australian Society for Microbiology and a member of the Queensland branch of the ASM and the chair of the committee between 2014-2016. Between 2014 and 2017 he acted as the deputy Program leader of the Smart Water Research Centre and has conducted several research projects on microbial source tracking and microbial quality of surface waters.

A/Professor Katouli has been collaborating with many national and international scientists and research institutes and has supervised more than 45 Honours and 39 PhD and Master Students to completion during his scientific career. His work entitled “Bulking fibre prevents translocation to mesenteric lymph nodes of an efficiently translocating E. coli strain in rats” published in "Clinical Nutrition" received the 1st prize for the best original article published in clinical nutrition at the 21st Congress of the European Society of Parenteral and Enteral Nutrition.

A/Professor Katouli has more than 169 peer-reviewed journal articles, reviews, book chapters and 87 conference refereed proceedings in the areas of epidemiology of infectious diseases and pathogenesis of bacteria as related to humans, animals and environmental health as well as microbial source tracking.

A/Prof Katouli's expertise and research area include interaction of microbial biotherapeutics with gut epithelia and the molecular pathogenesis of bacterial translocation and sepsis, antibiotic resistance genes in hospital, pollution of surface waters on human health.