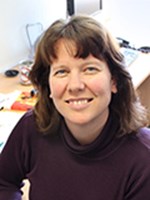 Rachael Sharman is a senior lecturer and researcher in the field of psychology, especially child/adolescent development. Rachael's research is focused on the optimal and healthy development of the paediatric brain, and has covered the psychological and cognitive impacts of: rare genetic disorders (phenylketonuria; PKU);  dietary intake; physical activity/sports involvement; concussion; acquired brain injury social media use and high-conflict custody disputes.

After graduating from her first undergraduate degree, Rachael worked for over 15 years in a variety of child-related fields including child protection, juvenile justice (forensics), Indigenous affairs, disability, advocacy and genetic research. Rachael personally met with the Queensland Health Minister in 2002 to successfully lobby the government to invest in expanded newborn screening. The result of that meeting ensured that every baby born in Queensland has since been screened via the 'heel prick test' for an additional 30 rare genetic disorders. This has prevented the unnecessary death or disability caused by these disorders if left undetected and untreated.

Rachael’s postgraduate research was cited by the American College of Medical Genetics and Genomics in their 2014 Practice Guidelines for the management of PKU (both medical and dietary). Rachael's current focus is more broadly in the area of dietary impacts on neuropsychological development, as well as child and adolescent leisure and play opportunities.

Rachael supervises Honours, Masters and PhD students and is the current principal supervisor for projects investigating: Facebook and Tinder use by young adults; high conflict/intractable custody disputes; and interventions to improve parent-child attachment.

Rachael is a highly engaging and popular lecturer, who concentrates on cultivating work-relevant skills in her teaching and assessment. Rachael has fostered the development of a robust career focus among undergraduate psychology students at USC by pioneering annual careers-advice seminars, establishing the USC Psychology Industry Liaison group, and maintaining a weekly showcase of psychology-related jobs in the local region.

A clinical psychologist and mother of two young children has developed a free online program as part of her PhD at USC to help parents build happier, healthier bonds with their children.

University of the Sunshine Coast researchers are seeking survey participants to help shed light on the different ways people think about their health.