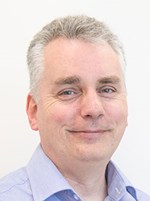 Steve is an engineer that has worked in academia since 1989. He became a full Professor in 2003 at the University of South Wales, UK where he also became head of engineering, and gained his PhD from Heriot-Watt University, Edinburgh, UK in 1992. From 2016 to 2019 he was Head of Engineering and subsequently Deputy Dean for Science and Engineering at Federation University.

The use of engineering, and in particular advanced monitoring systems, to provide solutions to environmental issues is a common theme of his research and he has many collaborators around the world, but particularly within Europe. He has coordinated a number of pan-European Union projects the last one being a 9.7M€ Framework 7 programme that investigated, in collaboration with 11 partners and two sub-contractors, the “Reliable and Efficient Combustion of Oxygen/Coal/Recycled Flue Gas Mixtures”. During his career he has attracted more than $12M in external research income, supervised 26 higher degree students and published more than 100 peer reviewed papers.

More recently whilst in Australia he has led projects that have investigated the potential for additive manufacturing to provide the Gippsland region an enhanced competitive advantage and in collaboration with Australian Paper the development of biomaterials from waste streams. Steve also serves as a member of a technical group for the European Commission that monitors aspects of steel research within the Research Fund for Coal and Steel programme and has been in this role for the last decade. He also serves on the engineering panel of the Research Grants Council of Hong Kong, China and is regularly invited to review proposals submitted to the Marie Skłodowska-Curie actions of the European Commission.