USC graduate Errika Meades is a nationally-recognised Australian Naval officer and Defence contractor with 33 years of business and logistics experience on the waves and wharves between Australia and the Middle East, where she will be deployed next week for six months.

But the recipient of a high commendation in last month’s 2019 ADM Women in Defence Awards laughs as she admits she was almost beaten by the notoriously rough Buddina Beach surf.

“I’m now a patrol member of the Kawana Waters Surf Life Saving Club but it was a challenge to get my Bronze Medallion,” laughs the 51-year-old who grew up in Newcastle and moved to Brightwater with her ex-Navy surveyor husband Gary seven years ago.

“We moved here from Canberra to reconnect with the beach way of life and of course I’m used to being on the water in the Navy – but I couldn’t get past the break! They had to help me overcome a fear of the sweeps and gutters.”

With her lifesaver certification in tow for her “spare time”, the specialist in integrated logistics support has run her own consultancy since graduating from USC’s Executive Master of Business Administration (EMBA) in 2017. She travels regularly to Sydney and Canberra for government contracts.

As an active Navy Reserve member, she is supply manager for the enormous amphibious Landing Helicopter Dock ships at Woolloomooloo Wharf in Sydney, monitoring the inventories of these “towns on water” which have their own aircraft flight deck and hospital.

“I’d wanted to join the Navy since my dad took me to see a submarine when I was 13,” said Lieutenant Commander Meades, who enlisted when she was 19 and is now a board member of the Submarine Institute of Australia.

“I liked the discipline of school and I liked how the Navy worked as close unit with a sense of purpose and pride in our way of life. I wanted that life.”

She was delighted to receive peer recognition in the project management category of the recent Women in Defence Awards, presented by Australian Defence Magazine.

Ms Meades, who is a business mentor at USC’s Innovation Centre, said she had enrolled at USC Sunshine Coast to gain the skills and confidence to start Exchange Consulting.

“The EMBA was appealing because of its flexibility and format. I studied on campus once a month, a long weekend, with a small group of people from all walks of life,” she said.

“I wanted to study locally and challenge my thinking. I wanted to ensure my business idea was feasible and that I would start it fully informed.

“I tested everything through the USC courses: the legal side, Human Resources, planning strategy, research methods. It was all relevant and I’ve used all of it in practice. My textbooks are well thumbed.”

She said study tours to China and Vietnam also opened her mind to markets and opportunities globally.

“Now I’m aiming to give back to the community, through board memberships and industry promotions such as advocating for the expansion into Queensland of a South Australian program called Submarines in Schools, which raises awareness of Defence careers.” 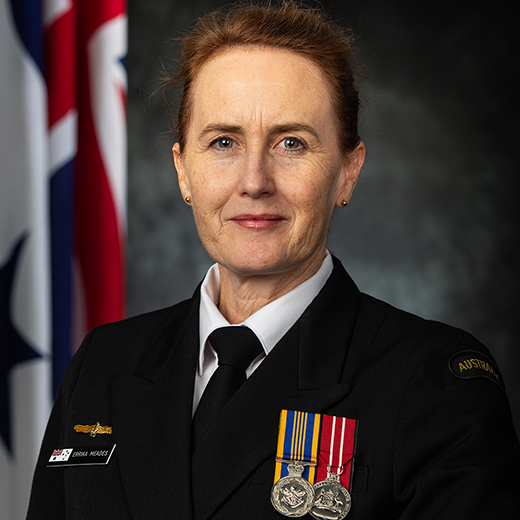