Amy Roberts, 27, is majoring in Public Relations, minoring in Social Media and Advertising, and was recognised for her impactful storytelling campaign designed for the Australian Starlight Children’s Foundation.

“The campaign included sharing stories of adolescent friendships formed throughout both Australia and New Zealand using a safe and supportive environment,” Amy said.

“The idea was then that the foundation would help the two friends meet in person for the first time, documenting the emotional moment to share with audiences online.

“I believe that the level of impact from storytelling campaigns is defined by the emotional connection you can make with the audiences.

“I’d love to see my campaign idea become a reality with the help of the incredible supporters of the foundation.”

Amy – who grew up on a rural property near Gympie and attended Gympie State High School – was named a finalist alongside two fellow USC Social Media students, Kirsty O’Callaghan and Cinty Buxton.

Their lecturer Dr Karen Sutherland was also acknowledged, named as a finalist in the Best Social Media Educator Award. She was formally recognised at the awards evening for her work as the Academic Ambassador for the Social Media Marketing Institute.

“The Social Media Marketing Awards include marketers from all over Australia and New Zealand and this was the first year that USC entered the awards,” Dr Sutherland said.

“This level of recognition is a testament to the quality of social media education that we are delivering at USC,” she said. 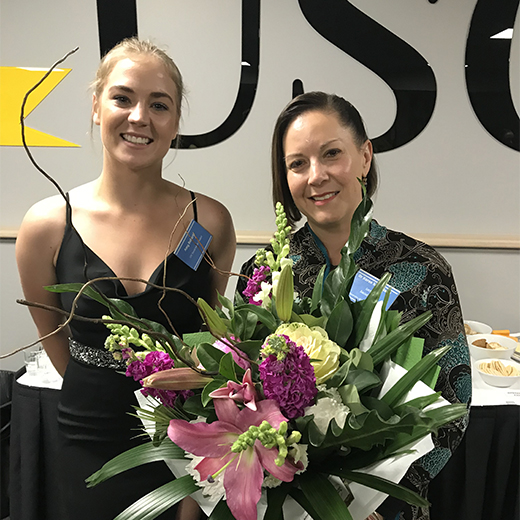